Chloe Hill has spoken of her pride in being named Worcestershire Women’s Rapids captain for the 2021 campaign in the ECB County T20 competition, which gets underway this weekend.

Twenty-four-year-old Hill, who was previously vice-captain, is delighted to make the step up and is “quietly confident” about the Rapids chances in the four-team competition.

She has previous captaincy experience with her former club team, Banbury Ladies, and various age groups at her home county Buckinghamshire before joining Worcestershire in 2016.

Now she is looking forward to an exciting summer of cricket in which she will also be part of the Central Sparks squad competing in the Rachael Heyhoe Trophy. 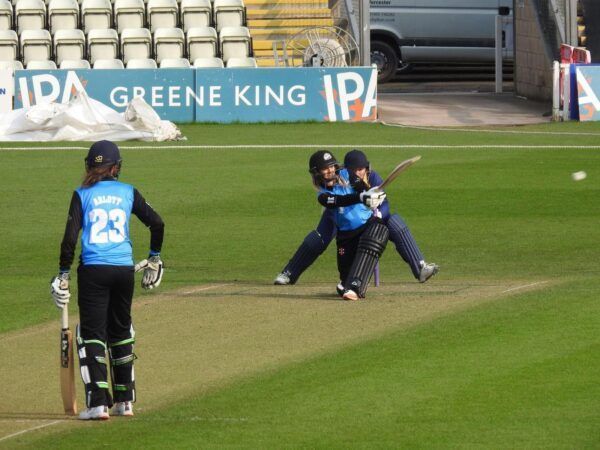 She said: “I feel very proud at being made captain. It was a complete shock to me. I’ve been vice-captain for numerous years and did the odd game when the captain wasn’t around.

“I suppose being a wicket-keeper is quite good from a captaincy viewpoint because I can see everything that is going on. I’m really looking forward to the challenge.”

The Rapids launch their campaign in a revised fixture list with a doubleheader against Berkshire at Falkland CC, Newbury, this weekend.

Hill said: “I think we are pretty optimistic about the team this year. We are quietly confident.

“I’ve been at Worcestershire six years now, and this is definitely the strongest team on paper we’ve had for a while.

“It is good to get back to playing competitive cricket after only playing two or three friendlies last summer.”

Hill and her teammates are looking forward to the two fixtures with Birmingham Bears.

She said: “Myself, Emily Arlott and Clare Boycott are in the Central Sparks set-up with the Warwickshire girls now, and we are getting in the ears of them a little bit!”

The Rapids will also call upon Ellie Anderson, Charis Pavely, Phoebe Chew and Hannah Hardwick, who have been chosen to be part of the Central Sparks inaugural Academy intake.

Hill said: “The Rapids and the women’s county cricket is a platform for the youngster, and we’ve got four Worcestershire girls in the Central Sparks academy.

“Hopefully, they will be able to play all games for us (The Rapids) and should help us be strong.

“It is an exciting summer ahead, especially as the Central Sparks are playing 50 over and T20 cricket this summer. Loads and loads of cricket throughout the summer.”