Big-hitting batsman Ed Pollock is returning to Worcestershire CCC after signing a two-year contract until the end of the 2023 season – and he is hungry to make an impact in all formats of the game.

Pollock has come full circle after being a member of the Worcestershire CCC Academy pathway through to Under-17 level and playing alongside the likes of current first-teamers Josh Tongue, Ed Barnard and Tom Fell.

Now he is back at New Road as Worcestershire’s second new addition for 2022 – after Australian star batsman, Matthew Wade – after six years with Warwickshire and says his best years lie ahead. 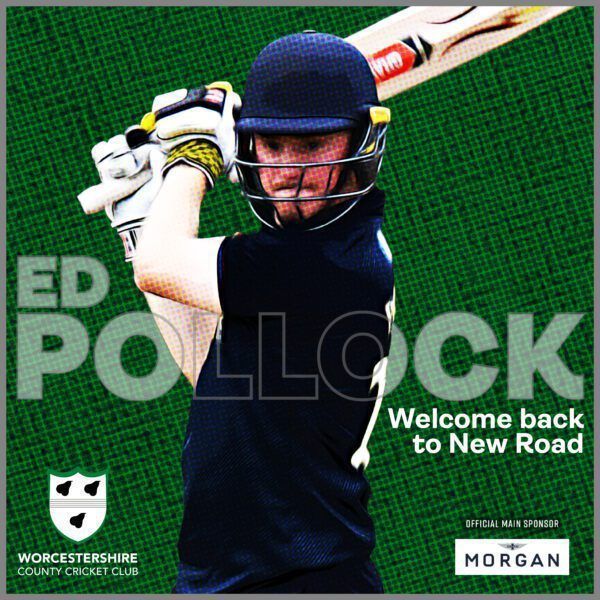 Pollock is renowned for his powerful striking at the top of the order in white-ball cricket and has a strike rate in the Vitality Blast of nearly 161.

But the 26-year-old is also keen to develop his career in the red-ball format.

Pollock commented: “It really is exciting for me to go full circle. I found some pictures the other day of when I was in the Under-10s at Worcestershire, and Josh Tongue was playing as a seven-year-old.

“It brought back memories of when I was a kid, of coming down after school and watching T20 games at New Road.

“Now I am able to come back and be that person who is out there playing and hopefully winning games for Worcestershire.

“It feels like a good time to come back to Worcestershire and put together everything I’ve learnt here as a youngster and these last few years at Warwickshire.

“I’ve always had that desire to want to improve and play and, whilst I’ve really enjoyed my time at Warwickshire, there has been no real opportunity to play red-ball cricket.

“I want to play all formats of cricket”

“I really do feel my best years are ahead of me.

“Red ball cricket is at the forefront of my mind. I’ve always believed in my red ball ability. I played a few first class games when I was at Durham University, and I never felt out of my depth.”

Pollock was initially an off-spinner when on the Worcestershire Academy but said current Cricket Steering Group Chairman Paul Pridgeon helped convert him into a batsman.

He said: “Paul coached me for two years at Shrewsbury School. He was great for my cricket, and I credit him for helping me develop from an off-spinner and turning me into a proper batsman.

“I’ve always had that ability to hit a clean ball and hit boundaries, but he started to tie it all together a bit more, and things developed from there.

Pridgeon said: “We have agreed terms with Ed and are delighted to announce that he has signed a two-year contract until the end of the 2023 season. 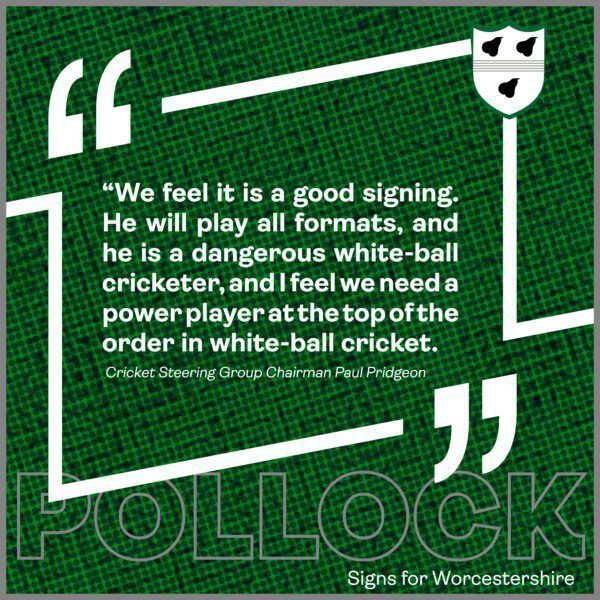 “A point worth making is that in every white ball game we’ve lost this year, we have failed to hit as many fours and sixes as the opposition.

“This is a way of addressing it, and Ed will excite our members and supporters when in full flow.

“But we also feel as a club, and the coaching group feel, that he has got a lot more to offer in red-ball cricket if given opportunities.

“He can bat anywhere. He plays the quick bowlers reasonably well. It might be he plays in a more modified way at the top of the order if he plays red ball cricket.

“But he is also a dangerous batter to come in down the order as well.

Tickets are still available for our Three Pairs Comedy Club this Friday 10th September. Featuring Britain’s Got Talent finalist Steve Royle, it promises to be a night to remember. 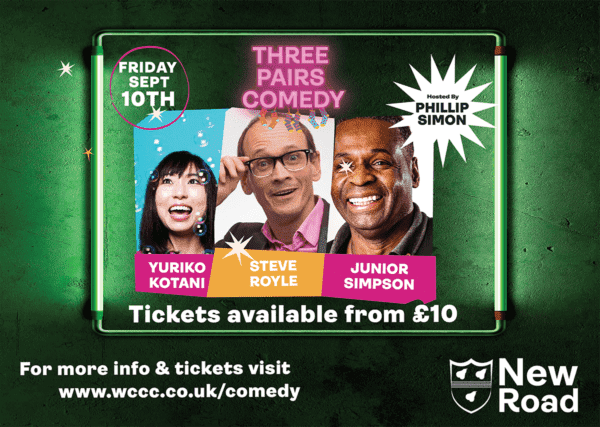