Worcestershire Women’s Rapids will be playing more cricket this summer as they return to competitive action in the T20 and 50 over formats.

The Rapids will take on Staffordshire, Berkshire and Shropshire in the ECB Women’s County Championship T20 Group Two during the first half of the season. 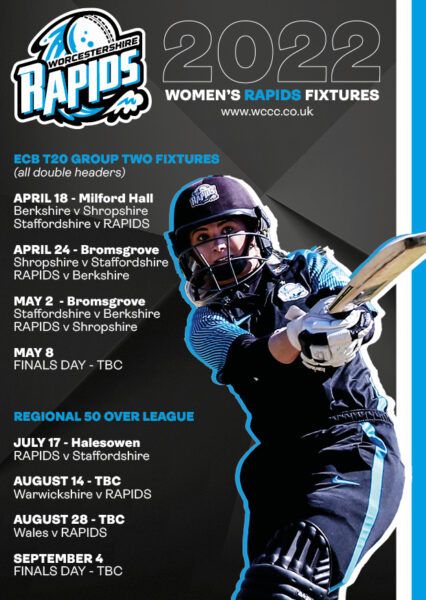 The focus switches later in the summer to 50 over cricket which will resume after Covid-19 via the Regional League.

Rapids will play fixtures against Staffordshire, Warwickshire and Wales.
Central Sparks batter, Ami Campbell, has strengthened the line-up by joining the Rapids on loan.

Another batter in Milly Home is also spending a second season on loan with the Rapids from Warwickshire.

The Rapids will open their T20 campaign on April 18, the Easter Monday Bank Holiday, with a doubleheader against Staffordshire at Milford Hall CC (11am and 3pm).

They will launch their home programme on Sunday, April 24 at Bromsgrove CC versus Berkshire (11am and 3pm).

The Rapids will be hoping to repeat last summer’s double success against Berkshire in their opening fixtures of 2021. Home scored an unbeaten 88 in one of those games.

Bromsgrove CC will again be the venue when the Rapids take on Shropshire on May 2, with the May Bank Holiday fixtures starting at 11am and 3pm.

The Rapids will have their fingers crossed for better fortunes with the weather in 2022 as four of their eight T20 fixtures were washed out last summer.

In the Regional 50 Over League, the Rapids will entertain Staffordshire on July 17, visit Warwickshire on August 14, then take on Wales on August 28, with finals day taking place at Moseley CC on September 4.

Rapids captain Chloe Hill said “The release of fixtures always gets you excited for the start of the season, and the whole squad are looking forward to getting going this summer.

“It’s great to have Milly Home back after a really successful first season with Worcestershire, and adding a player with such proven quality as Ami Campbell to the squad has further strengthened the batting line-up.

“We’re also looking forward to returning to Bromsgrove and Halesowen, grounds which we have enjoyed playing at in the past, for our home fixtures this year.” 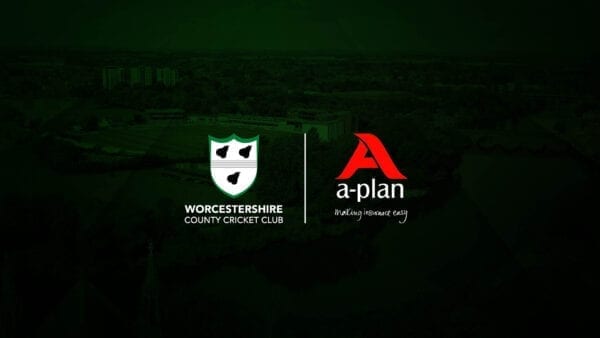