After a fantastic inaugural year, the Concert Of Legends is back for it’s second instalment. This year sees a line-up of legends like no other, for our ‘festival in a day’ event.

THE LEGENDS OF 90’S DANCE

Discounted tickets on sale now for a limited time only…

At just £5 A LEGEND it’s the bargain of the century!

AVAILABLE AT THIS PRICE FOR A LIMITED TIME ONLY 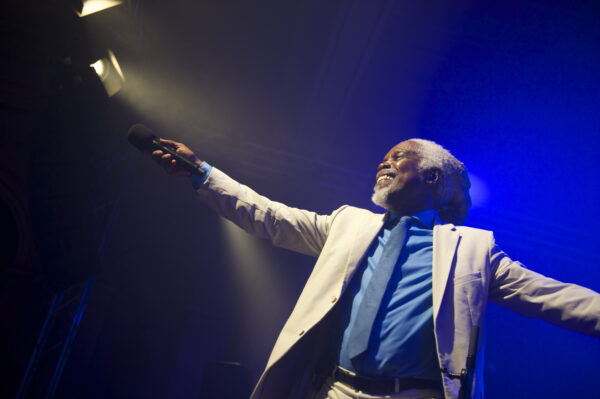 Billy Ocean has sold over 30 million records in his lifetime. He has collected a pile of Gold and Platinum records across the world and hit the number one spot worldwide on pop charts including the USA, Australia, Germany, Holland, and the UK.

Billy has achieved extraordinary success as both an artist and a songwriter. Born in Trinidad, Billy settled in London’s East End when he was just seven years old.

Billy got his first break when he signed to GTO records, for whom his second single was the Motown-ish Love Really Hurts Without You, which reached number two in the UK charts and number 12 in the US.

Two top twenty singles followed – Love on Delivery and Stop Me, then Red Light Spells Danger became a smash in both the UK and the US.

Billy changed record labels and his move to Jive Records provided instant success, with the million selling American number one single Caribbean Queen for which Billy won a Grammy for best R&B Vocal.

His other hits include Loverboy, Suddenly and the now classic Get Outta My Dreams; Get Into My Car. 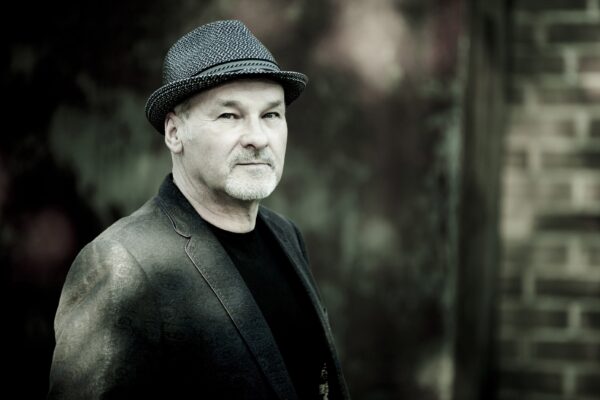 Paul Carrack is an English singer, songwriter, composer and multi-instrumentalist who has recorded as both a solo artist and as a member of several popular bands. The BBC dubbed Carrack ‘The Man with the Golden Voice’, while Record Collector remarked: “If vocal talent equalled financial success, Paul Carrack would be a bigger name than legends such as Phil Collins or Elton John.

Carrack rose to prominence in the mid-1970s as the frontman and principal songwriter of Ace, and gained further recognition for his work as a solo artist and for his tenures as a member of Roxy Music, Squeeze and Roger Waters’ backing band, The Bleeding Heart Band, intermittently handling lead vocals on Squeeze and Waters recordings.

From the mid-1980s to the early 2000’s, he enjoyed considerable success as the co-frontman and a songwriter for Mike + The Mechanics.

Carrack sang some of his affiliated bands’ best-known hits, including Ace’s ‘How Long?’; Squeeze’s ‘Tempted’; and ‘Mike + The Mechanics’ ‘Silent Running (On Dangerous Ground)’, ‘The Living Years’ and ‘Over My Shoulder’.

He also performed lead vocals on tracks from the Roger Waters albums Radio K.A.O.S. and The Wall – Live in Berlin, and achieved a major solo hit with ‘Don’t Shed a Tear’.

Carrack’s songs have been recorded by artists such as the Eagles, Diana Ross, Tom Jones, Michael McDonald and Jools Holland, and he has served as a session and/or touring musician for the likes of Elton John, Eric Clapton, Ringo Starr, B.B. King, The Pretenders and The Smiths. 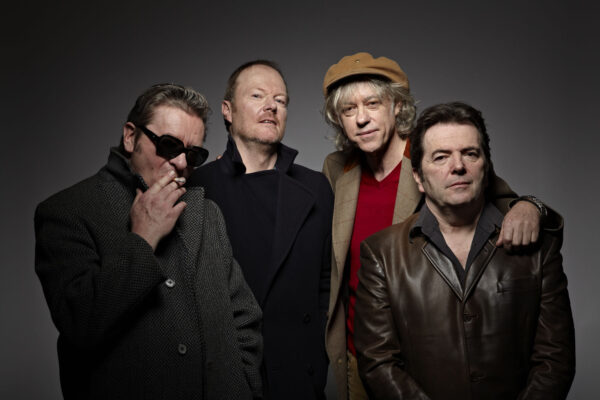 Boomtown Rats famously consist of Bob Geldof, Simon Crowe, Garry Roberts, and Pete Briquette. The original Rats broke up in 1986, but reformed in 2013, without Johnnie Fingers or Gerry Cott.

Their first single, ‘Lookin’ After No. 1′, came out in August 1977. It reached the Top 40 of the UK Singles Chart, the first of a long string of successes. The album ‘The Boomtown Rats’ was released the next month. it included another massive hit, ‘Mary of the 4th Form’.

The critically acclaimed ‘A Tonic for the Troops’ (1978), featured three hit singles, ‘Like Clockwork’, ‘She’s So Modern’ and ‘Rat Trap’, which became the first rock song by an Irish band to reach number one in the UK. ‘Rat Trap’ was also the first new wave song to hit number one on the pop charts.
In 1979, ‘I Don’t Like Mondays’, also reached number one in the UK and became a worldwide hit.

The Boomtown Rats sing on the Band Aid record Do They Know It’s Christmas. In its first week of release the single became the UK’s fastest seller of all time, entering the chart at number one and going on to sell over three million copies, making it the biggest-selling single in UK history up to that point

On July 13th 1985 The Boomtown Rats played the Live Aid Concert in front of billions of people.

Since 2013, the Rats have enjoyed sell out tours in the UK and Europe and are now a regular feature on the festival circuit bringing their show to Worcester for the “Concert of Legends”. 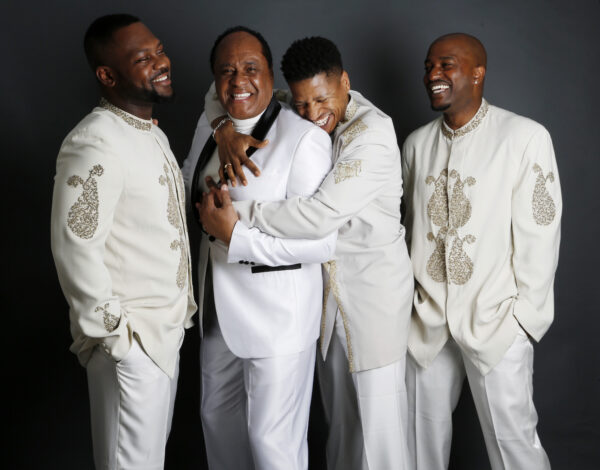 Ray was originally with The Drifters spanning the period 1980-1988, and now recreates that great sound of Motown for which he was famously known for. When the talented young singer named Ray Lewis joined one of the world’s biggest bands, The Drifters, the existing lead singer, Johnny Moore, was leaving the band, and the group’s management, the Treadwell family, decided that Ray was the ideal person to replace him.

As one of the biggest selling bands of all time, The Drifters have collated a huge catalogue of over fifty hits, including timeless classics such as ‘Saturday Night at the Movies,’ ‘Under The Boardwalk,’ ‘On Broadway,’ ‘Up on the Roof’, ‘Come On Over To My Place’ and ‘Kissing In The Back Row of the Movies.’

Odyssey’s UK top 10 classic hits include Native New Yorker, Use It Up And Wear It Out, Looking For A Way Out, Inside Out and Going Back To My Roots as well as the rare groove soul anthem Don’t Tell Me Tell Her. Their fusion of soul, pop, dance, jazz, funk and latin-caribbean rhythms continue to make them popular around the world. In the great tradition that has made them famous, Odyssey’s new releases carry their classic sound forward as “old school meets new school meets old school”.

THE GLORY DAYS of top vocal group Odyssey, one of the most successful soul/disco acts of their era, culminated in the early 1980s when they topped the charts with “Use It Up And Wear It Out”, scoring several other Top Ten hits in Britain and throughout the world.

Dance-pop legends Livin’ Joy broke out with one of the hottest singles of 1994, “Dreamer,” a number one hit in the U.K. The trio, led by Venturi DJ and Viani DJ, featuring vocalist Tameka Starr, formed in Liverpool in 1993; after the success of “Dreamer,” Livin’ Joy hit number five with their follow-up, “Don’t Stop Movin'”. A contract with MCA led to the release of the trio’s debut album, also titled Don’t Stop Movin’.

After playing with a variety of bands and working as session musicians, Baby D was formed in 1990 in north-west London, England. Featuring Baby D (vocals), MC Nino (keyboards/vocals), Claudio Galdez (keyboards/vocals) and Dice (writer/producer), they released their first single, ‘Daydreaming’, in January 1991.

Their first major success came in December 1993 when ‘Destiny’ reached number 69 in the UK charts. ‘Casanova’, released in July 1994, was a similar minor success, but their fortunes changed substantially with the release of ‘Let Me Be Your Fantasy’ in November 1994. This rose to number 1 in the UK charts, and sold just short of half a million copies. It had originally topped dance charts two years prior to its mainstream breakthrough. The follow-up single was a retitled cover version of the Korgis’ ‘Everybody’s Gotta Learn Sometime’. Baby D’s version eventually climbed to number 3 in the UK charts in June 1995. ‘So Pure’ reached the same position in January 1996, and was followed by their debut album.

INFORMATION, AND OUR MOST FREQUENTLY ASKED QUESTIONS.

The event begins at midday

There is NO parking available at the cricket ground for standard ticket holders.

No food or drink is allowed to be brought into the venue. A large selection of food and drink is available to purchase on site. Drinks will be priced at standard pub prices (no inflated £5/6 a pint shocks). Food will be available on site at fair prices, once again, no silly prices. We will have more bars on site for 2017 and a greater selection of food outlets.

Upon entry to the venue searches will be conducted for your own safety, this includes bags, pushchairs and similar items. We operate SAFE (Safety At Family Events) and your safety is of paramount importance to us.

Can I leave and come back? Yes, if you wish to leave and then re-enter, you must be stamped upon exit. You will not be allowed to re-enter without the clearly visible stamp. Refunds will not be given.

Under 12’s must be accompanied by an adult at all times. Junior ticket holders will only gain entry with a standard ticket holder present.

No seating/camping chairs or similar is to be brought into the venue. There is seating available around the arena area.

There is a marked ‘Standing Only’ area on the map (Released soon). Picnic blankets, ground sheets and similar may be brought into the venue in the ‘sit down’ areas.

No gazebos or similar structures are allowed into the venue.

This event takes place outdoors. Customers are advised to wear appropriate clothing, footwear and protection against all weather.

For full information go to www.wccc.co.uk

Probably our biggest competition of the year – It’s your last chance to win tickets to this Saturday’s Concert Of Legends 2017, and you could arrive by HELICOPTER! Courtesy of Smarter Air Charter Ltd, you and a friend could travel in style to the concert of the year this Saturday 9th September. Performing live we’ve, Billy Ocean, Paul Carrack, The Boomtown Rats & many, mnay more! To be in with a chance of winning go on to our official Facebook Page and on the competition post, simply click ‘Like’, then ‘Share’ and also comment below it with the name of the person you’d like to take on this fantastic journey! Winner will be announced at 9pm tomorrow night (Wednesday 6th Sept)… Good Luck!

Prize Details – 2 people will be collected by helicopter from Gloucester Airport and will arrive at Worcester Racecourse around mid-day on 9th September. The two people will be given tickets to the Concert Of Legends. Transport will not be provided to Gloucester.

“This fabulous prize has been presented courtesy of our friends at Smarter Air Charter Ltd. of Upton on Severn. The lucky winners will be in good company as other clients include some of the biggest names in A-List Hollywood, TV and the Premier League!”

We look forward to seeing you again in September…