Worcestershire CCC have signed top Australian wicket-keeper-batsman Matthew Wade, who has made more than 170 international appearances across all three formats, for the 2022 campaign.

Cricket Steering Group Chairman Paul Pridgeon says capturing Wade’s signature is “a signal of intent” from the club in their desire to continue to progress. 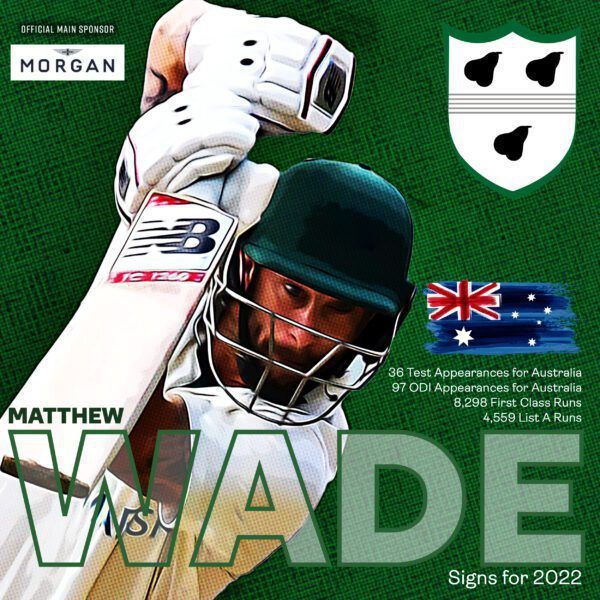 He believes the 33-year-old can significantly contribute in red-ball and white-ball cricket and has been signed primarily to play purely as a batsman and bolster the top five.

But Pridgeon also feels his winning mentality will rub off on and benefit the younger players at New Road with their development.

Wade has played 36 Tests, hitting four hundreds, 97 ODIs, and 43 T20Is in a lengthy and successful career with Australia.

Wade demonstrated his quality at the highest level when he hit two centuries against England in the drawn 2019 Ashes Series.

Pridgeon confirmed: “I am delighted to announce we have signed Matthew Wade, the Australian batsman and keeper for the 2022 season.

“We have signed him as a batter. He is a real hard-nosed batter in red-ball cricket and a dangerous striker in white-ball cricket.

“We think he will add a lot to our group and will be particularly helpful for the young players.

“He is a real winner, he knows how to win, and we feel that will rub off on some of the young lads and be good for their development.

“Matthew has also got a lot of captaincy experience, which will undoubtedly come in helpful to the likes of Joe Leach, Ben Cox and Jake Libby and people like that. 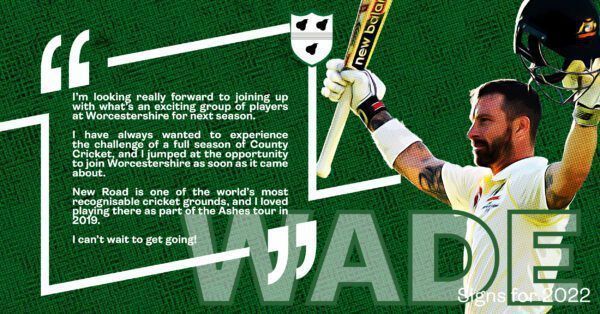 “It is almost like an old-fashioned overseas signing in the sense that he is going to come and play all formats for the entire season, something that does not happen very often now.

“He is bringing his wife and children with him. He says he is looking forward to the experience of being part of a club for those six months. He is committing to us for the whole season.”

Pridgeon added: “We have been conscious that we needed something at the top of the order to spark us.

“He gives us a lot in all three competitions, and it is a sign of our intent to try and to continue to improve.

“He can bat anywhere in the top five. I want to stress that he is here as a batsman and to help to develop the younger players. It is something we felt we needed.

“It is great to get it done and dusted so early for next season.”

Wade added, “I’m really looking forward to joining up with what’s an exciting group of players at Worcestershire for next season.

“I have always wanted to experience the challenge of a full season of County Cricket, and I jumped at the opportunity to join Worcestershire as soon as it came about.

“New Road is one of the world’s most recognisable cricket grounds, and I loved playing there as part of the Ashes tour in 2019.