Mr Hira said the club had “not faced the challenges it has faced this year ever before” and that the effects in 2019 had meant a £1.8 million decline in anticipated commercial revenue.

But he is “comfortable” with the plans in place to help the County through the current situation – in 2021 and beyond – and said they are “on top of things”.

Mr Hira said: “This club has not faced the challenges it has faced this year ever before, not just in terms of record floods but the impact of the ongoing global pandemic.

“But we are very comfortable with the plan we’ve got to see us through this and, whatever is thrown at us, we will be able to manage it and guide our way through this on behalf of the club – not just next year but beyond as well.

“The stark reality of the impact of COVID-19 hit home at this week’s board meeting. The impact on our commercial revenues has been quite severe. We are talking about £1.8 million as a decline relative to what we were assuming. 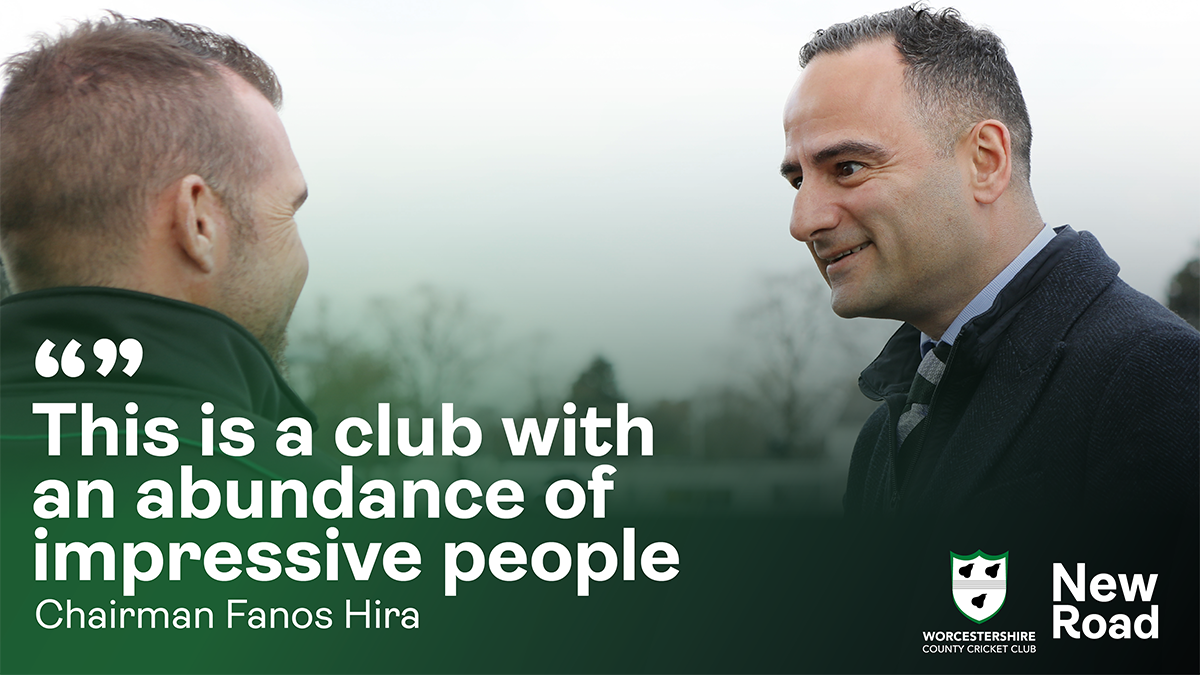 “Membership has halved (reflecting rolling forward to 2021), we’ve been playing cricket behind closed doors, and I’m sure we would have had huge crowds in the sunshine of mid-summer watching us compete so well in red-ball cricket, perhaps less so in white-ball cricket.

“As a consequence, you are talking about a stark decline in what historically has been a level of around half a million pounds.

“Catering has enormously been impacted by what has occurred this year and sponsorship has also predictably declined.

“We do have new sponsors in the pipe-line and have also signed multiple sponsors already.

“The other part of our business impacted has been the car park alongside the Premier Inn and, when they are closed, car parking diminishes as well.

“The impact on 2020 has been quite stark and predictable in the light of what we’ve had to deal with.

“It is an enormous challenge for a club like ours but perhaps less so than for many other sporting organisations.

“We feel that we are on top of things. We have a very lean structure. We took some decisive and necessary action last year, which means our cost base is lower than our peers.

“That has been an enormous help to us, in order of around half a million pounds.

“We’ve had to make some horribly, tough decisions this year and see a headcount reduction at our club.

“Worcestershire CCC remains open for business, but we will taking advantage of the Job Support Scheme from November 1, 2020.

“In terms of the potential impact for 2021, I think it is fair to say the scenario we do (prepare for) is very bleak. We try and present a scenario as bleak as we can think of and that provides us with an opportunity to make sure we are covered – and we are for 2021 and beyond.

“Of course, we hope there is an upturn should the world change and we hope it does in terms of allowing members into New Road.

“We can cope, we have plans in place and all the staff have been adaptable and flexible and worked tirelessly. This is a club with an abundance of impressive people.

Mr Hira added: “In addition to the floods and COVID-19, we’ve also had to deal with the impact of Brexit.

“It does mean Kolpak players have come to an end. Wayne Parnell was signed as a Kolpak player, effectively a domestic player, and he will not be playing for us next year.

“It is also important to recognise we are far from perfect, and at times things have not worked as planned.

“One matter relates to the issues of the live stream (of games at New Road) and how that has operated. A lot of testing went into the system which was identical to many other counties.

“The flooding damaged the fibre optic. We got it replaced, but the cable got cut again, which was a huge frustration to all of us, and there were other IT issues specific to us as a club.

“But we are very comfortable all those gremlins are out of the way now, and we’ve got three to four months to make sure that is absolutely right.”