Worcestershire CCC Academy Coach Elliot Wilson has played a key role in the development of the Central Sparks sporting centre of excellence for high-performance professional cricketers, featuring the best female players from the West Midlands region.

It included a three-month role this summer as acting Lead Coach for Central Sparks in the inaugural Rachael Heyhoe Flint Trophy – an experience Wilson says can only have benefitted his coaching education.

Wilson combined his day to day job in nurturing the County’s crop of young talent at New Road with being at the helm for the Sparks 50 over campaign and they finished runners-up in the North Group.

But his involvement in the project began over 12 months ago.

Central Sparks are one of eight regional hubs designed to provide a basis for player development and encouraging international success whilst also delivering a performance programme at Academy and Emerging Player level aimed at nurturing local talent and creating future stars of the game.

It incorporates the counties of Worcestershire, Warwickshire, Herefordshire, Shropshire and Staffordshire.

Wilson said: “On behalf of Worcestershire, about 12 months ago, I was asked to represent the club in working in collaboration with Warwickshire to create Central Sparks.

“I spent a lot of time working with the staff up at Warwickshire – like Paul Farbrace and Laura MacLeod – and we were initially looking to create a company which is called West Midlands Cricket Limited.

“Once that had been created, owned 50 per cent by Worcestershire and 50 per cent by Warwickshire, we created a brand for the team which would represent the West Midlands, namely Central Sparks. 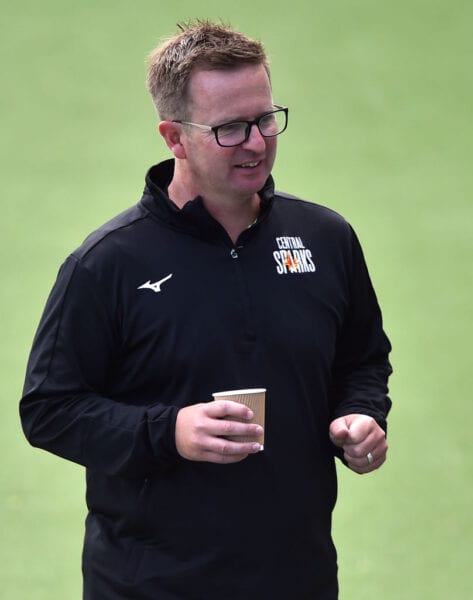 “I’ve been involved in that process from when it started 18 months ago through to this point today and, with the impact of COVID-19, a lot of appointments for Central Sparks were delayed.

“Laura wanted some support, with a tournament to prepare for, and she approached the club and asked if I would be able to assist for some time and for 11 weeks, I acted as the Lead Coach of Central Sparks and helped with all things cricket on and off the field.

“I will continue to have an impact, albeit it more informally, moving forward and it’s been a great three months, albeit incredibly busy, combining my role with Worcestershire.

“It’s been a great experience, nice to be responsible for stuff that has a slightly higher profile, and the challenges of working with a group of players from four or five different counties and have played against each other for several years.

“To then all be playing together, with very little time to come together as a group, was a great challenge, but one I thought I was quite well suited to taking on.”

Wilson is always keen to broaden his cricketing horizons with the Worcestershire CCC Academy reaping the rewards.

He said: “If I ever sit here and think I know what I’m doing, I’m in trouble! I always try and find different environments, different people to speak to, different ways of thinking that improve the programme we are delivering to the Academy players.

“If the programme is the same every year, the lads will get a bit bored, and I’ve got to make sure they are engaged, have good inter-actions, receive good feedback from the coaches and if we get that right, we are doing alright.”