Worcestershire County Cricket Club has agreed a new partnership with The Morgan Motor Company that will see them become the club’s official main shirt sponsor. The partnership between the Malvern-based car manufacturer and the equally historic cricket club brings together two brands at the heart of Worcestershire’s history.

Famous the world over for its unique blend of craft, heritage and pure driving experience, Morgan has been manufacturing quintessentially British vehicles for over a century. 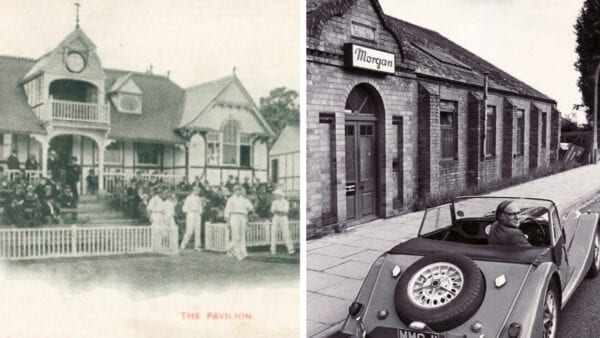 The partnership will see the Morgan brand featuring on the front of the Nike-produced first-team playing shirts in the County Championship, Royal London Cup and Vitality Blast competitions, signalling an exciting new partnership between the Worcestershire-based businesses.

As well as Morgan’s eye-catching branding taking pride of place on the shirts of the Worcestershire players, the brand will be prevalent throughout the New Road ground, official club merchandise, and all of the club’s digital platforms.

At the turn of the 20th century, Worcestershire County Cricket Club first joined the County Championship, with the Malvern-born Foster family dominating the first XI line up. At the same time, HFS “Harry” Morgan opened the first Morgan garage – in Malvern- before building the first Morgan Runabout. 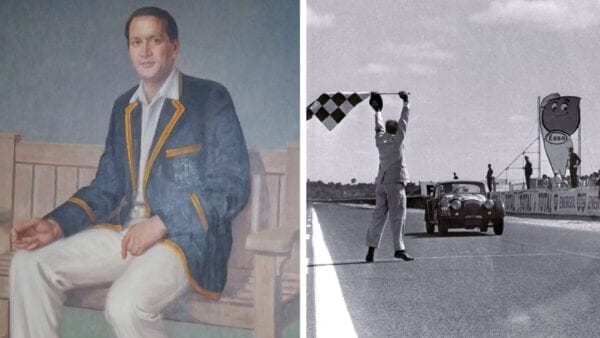 At the beginning of the 1930s, Worcestershire County Cricket Club’s Fred Root set a new record for first-class wickets taken in a season, and Morgan broke the world one-hour speed record, averaging more than 100mph for the first time. In 1962 there was more success for Morgan, as the firm won the prestigious Le Mans 24-hour race. Shortly after, cricketing legend Basil D’Oliveira made his Championship debut for the county.

The success of Morgan has continued since. Whilst Morgan cars were competing successfully in the Production Sports Car Championship during the 1980s, Worcestershire County Cricket Club were in a dominant era, winning two County Championships and numerous one-day trophies throughout the next decade.

Worcestershire County Cricket Club Chairman Fanos Hira said, “We are delighted to welcome the Morgan Motor Company as our new official main shirt partner. We are looking forward to working closely with Morgan.

“Its history and values beautifully intertwine with our own, as we embark together on an exciting new chapter.” 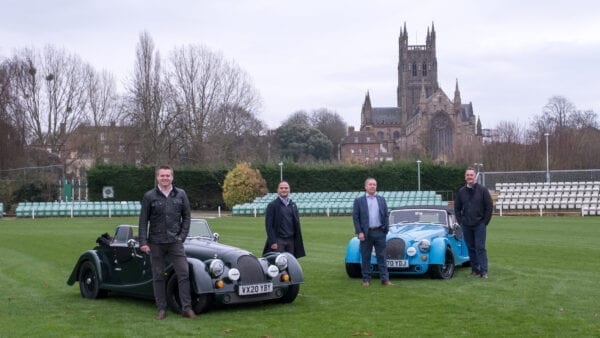 “Worcestershire County Cricket Club, with a similarly impressive heritage within its own field, makes the perfect brand for us to partner with. We are firmly dedicated to supporting fellow local businesses.

“I am confident that our shared values, commitment and passion bode perfectly for a prosperous future working together.”

David Hoskins, Worcestershire County Cricket Club’s Head of Commercial & Operations, added, “We are thrilled to be working with such a historic Worcestershire brand. From our first conversation, it was clear that both brands shared a similar ethos, and both have a long traditional local association as well as far-reaching national and global support.

“It is always exciting when new partners join us, and this partnership is testament to the progress we have made recently as a club. I’m sure Morgan will be a great partner for years to come.”

🏴󠁧󠁢󠁥󠁮󠁧󠁿 🆚 🇳🇿 𝟮𝟰 𝗛𝗢𝗨𝗥𝗦 𝗧𝗢 𝗚𝗢 It's just one day until England Women take on New Zealand Women and it is set to be an… https://t.co/gVRVBTCSyN

RT @NewRoadEvents: 𝗜𝗡𝗧𝗥𝗢𝗗𝗨𝗖𝗜𝗡𝗚 𝗔𝗗𝗔𝗠 𝗕𝗟𝗢𝗢𝗠 Adam Bloom is coming to New Road! “He’s been one of my favourite stand-ups for about ten years.…

RT @NewRoadEvents: ❄️ 𝟭𝟬𝟬 𝗗𝗔𝗬𝗦 𝗨𝗡𝗧𝗜𝗟 𝗖𝗛𝗥𝗜𝗦𝗧𝗠𝗔𝗦 It's never too early to start counting down... As of today it's officially 100 days until…

WICKET | Pennington c Simpson b Bamber 1 The wicket of Dillon Pennington falls meaning Worcestershire are all out… https://t.co/qhWdDpQU2a

WICKET | Baker b Bamber 2 Josh Baker departs after being bowled by Ethan Bamber. Worcestershire 115/8 after 33.4… https://t.co/fGZkRfB4d2

WICKET | Barnard c Simpson b Andersson 28 Ed Barnard is caught by John Simpson off the bowling of Martin Andersson… https://t.co/jmlrZ8nyEV

🥪 𝗟𝗨𝗡𝗖𝗛 | 𝗗𝗔𝗬 𝗙𝗢𝗨𝗥 Another eventful morning at Lord's as Charlie Morris brought the Middlesex innings to a close c… https://t.co/XnFuYlkD7C