Tom Fell is determined to build on his impressive form for Worcestershire CCC in the Bob Willis Trophy last summer during the second half of his career.

The 27-year-old bounced back in style from a challenging couple of years to average 48 in the four-day competition as part of a formidable batting line-up.

It was an emotional day when Fell scored his first red-ball century for five years since battling back from illness against Northamptonshire at Wantage Road. 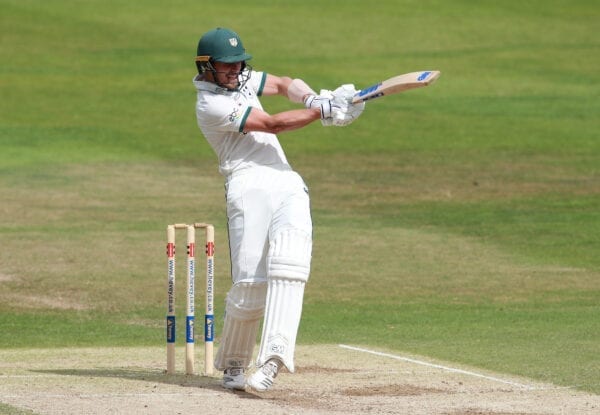 He finished the tournament with 336 runs from nine innings and at the conclusion of the campaign signed a contract extension until the end of the 2022 season.

But Fell wants his form in the Bob Willis Trophy to be “just a start” and he is aiming to “kick on” and produce performances of a consistent nature for the County.

He said: “I did a lot of hard work over the winter, as did all the batters, and that showed in our performances. It is always easy to say you feel in good shape during the winter and in the nets, but it was nice to transfer that into the actual games and get a few runs.

“It was a bonus to play any cricket even though it was a shortened season but, for me, it was pleasing to get a good run in the team and have a couple of decent performances.

“This is just a start really. I’ve got to really build on this. At the end of the day, it’s five or six games where I’ve done pretty well. It’s not enough. I need to really kick on from that now.

“I’m still relatively young and have plenty of time to turn my career around really from what was quite promising to start with.

“There has been a bit of a blip and hopefully I can kick on for however many years I’ve got left in me.

“It is almost the second part of my career now and it’s time to move forward and be a bit more consistent with my performances.”

Fell admits to having some “honest reflection” last winter as to what needed to happen for the kind of form he produced when scoring 1,000 Division One Championship runs in 2015 to re-emerge.

He said: “There have been times when I’ve not felt far off at all. I’ve had some pretty decent performances. There have been some tough wickets to play on. I know it sounds like an excuse but scores around the country have been lower.

“It has looked a lot worse than it is, so many years without a hundred. But I look back and there were performances where I played well and, if you turn a couple of those 80s into hundreds, it looks different.

“It was just frustrating. I probably dwelt on it too much and the pressure and everything got to me a bit too much. I lost my confidence and it is a bit of a knock-on effect really and the longer it goes on, the harder it is to get out of it.

“But I think last winter it was great to take a little bit of a step back and have some honest reflection and look at what I really needed to work on.

“We did a lot of work on forward defence. It sounds very simple but a lot of time you just need to go back to the basics and that contributed as well as a lot of psychological stuff I did.

“That always helps and, we all know, it’s something you can’t neglect because it’s such a mental game at times. Mentally and technically I feel as if I’ve been in as good a place as I have for a while and long may that continue.”

It was a special day for Fell – and his team-mates – when he reached three figures on the final morning at Northampton after a sleepless night before resuming on 81 not out. 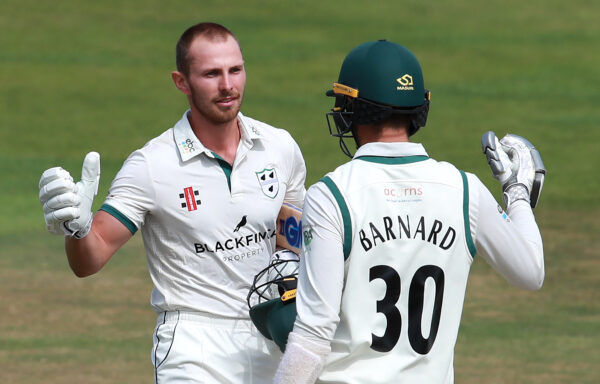 He said: “Lots have been made of the fact that it was such a long time (since the last hundred) but it was nice to get that weight off my shoulders and it was just a huge relief.

“It was an important innings for the team and contributed to a win which made it even more special.

“I didn’t get a lot of sleep that night and I don’t usually anyway when I’m not out overnight. Even if I’m only two not out I don’t sleep particularly well for whatever reason.

“That was a little bit extra in terms of nerves and a few extra thoughts going through my head and it was just relief in the end.

“The lads were pretty happy for me as well. They know it’s been a tough few years and they were as pleased as I was about it and it’s always nice to have the support of your fellow team-mates.

“I just hope there are going to be more days like that to come.”

Fell was delighted to extend his stay at New Road.

He said: “It was nice to get that and nice to know the club want me here and in their plans for the next couple of years.

“Hopefully I can repay them with some good performances. Hopefully, it is not the last contract I sign and I can stay on for a few more years after that.”