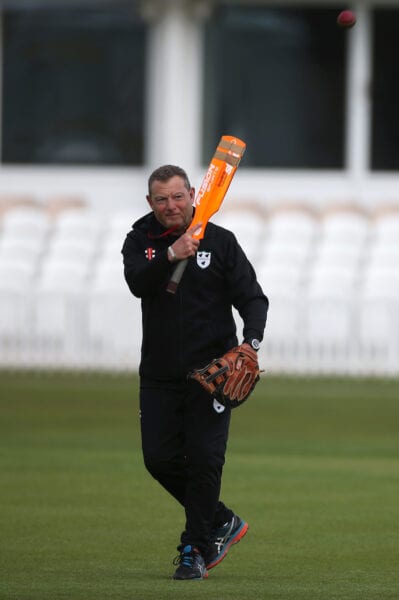 It is a diverse wealth of knowledge he says has stood him in good stead for his current role as Worcestershire CCC’s Head Of Coach and Player Development.

Sharp started in a development role with Wrekin Council and Wirral Borough Council and at the other end of the spectrum coached Root during his formative years on his way to becoming one of the best batsmen in the world.

He initially learnt his trade working with disabled children, in schools, local clubs after former Worcestershire batsman Gordon Lord – then working for the Test And County Cricket Board – offered him his initial opportunity.

It was the first steps on the coaching ladder for the former England Under-19 captain who scored 260 not out against West Indies Under-19s at New Road.

A three-year contract with the Shropshire Cricket Board followed ahead of becoming first Head Coach of Leeds-Bradford MCCU and also one of the first coaches to achieve the ECB’s Level Four status – a module set up and established by Lord.

Sharp impressed sufficiently to return to Yorkshire as Batting-Second Eleven Coach after a brief stint as Head Coach in his first year back at Headingley.

It was then that he worked with current England duo Root and Jonny Bairstow plus Gary Balance and current Essex First Team Coach Anthony McGrath.

After leaving Yorkshire for a second time, Sharp’s career took another turn in undertaking Neuro-Linguistic Programming (NLP), helping people to grow and develop in their respective fields, coupled with some school coaching, before he got the call six years ago from Worcestershire.

It was an initial part-time role, but the sad death of Damian D’Oliveira meant Sharp became Second Team Coach for four years before being promoted to Head Coach in 2018, the year the County won the Vitality Blast. He then moved into his current post nearly two years ago.

Sharp said: “I started at grassroots level after playing as a professional cricketer and my apprenticeship at that level stood me in good stead for making my way back into the professional game with Yorkshire and Worcestershire.

“I worked with disabled cricketers, primary schools, secondary schools, clubs, county youth squads and lads at university. I learnt my trade before I stepped back into the pro level.

“Did coaching come naturally? I had never thought about it. I lost my job as second-team captain at Yorkshire without having any thoughts of the future. It came as a bit of a shock at the time and, as a married guy with two young children, I was suddenly without a job.”

Sharp says the ups and downs of his career helped prepare him for working with youngsters looking to make the grade themselves.

He said: “Through my playing career, I went through two or three difficult periods, things like losing a bit of confidence at times and self-belief through just the way things are in life.

“I think that has stood me in good stead as a coach because I think I’ve got a fair understanding of what young players might go through when they are developing, growing up, finding out about life.

“When I was 18-19, I was doing very well. I was captain of England Under-19s, and there was talk of higher recognition at the time, and things went a bit wrong for me, just growing up really, nothing you would class as too serious.

“I grew up in a hard school at Yorkshire. It was a sink or swim job.

“There weren’t the people around like there are now to communicate and talk to like a PCA representative or a sports psychologist if you had any issues. 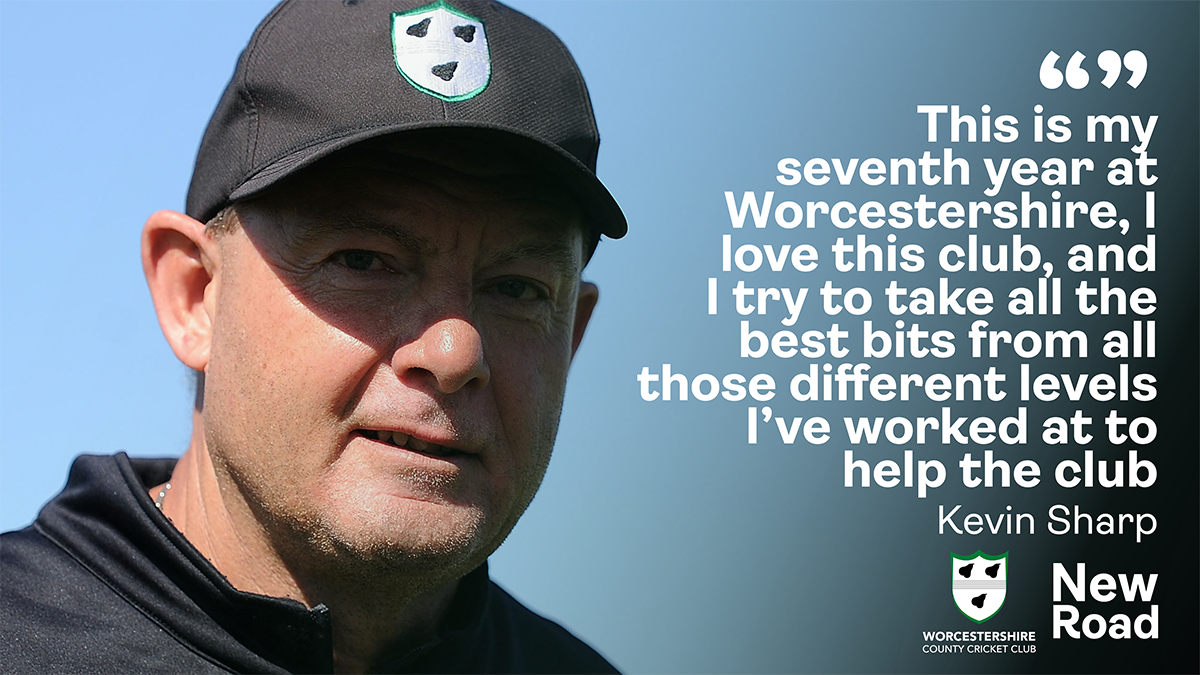 “You cracked on and my career, I always felt I under-achieved as a player because I thought I might be able to go on and play at the highest level.

“Now I want to help the people I coach make the most of their talent. The one thing I found after playing was that you couldn’t replace the adrenalin of making a fifty or a hundred or taking a great catch.

“But the next best thing for me was seeing the players I worked with improve and go onto good things. That gives me a real buzz.

“I think I’ve been quite fortunate and my strength has been being able to recognise what lads might go through and hopefully play a part in supporting that. Those things are my philosophy of coaching.”

Sharp says the ECB Level Four Coaching module pioneered by Gordon Lord has been a critical element in the development of coaches.

He said: “Gordon Lord became head of Coach Education at the ECB and he was very instrumental in setting up and running the Level Four coaching course which is still going today.

“There are lots of coaches in this country who will tell you we’ve got a lot to thank Gordon for and what he did for us – batting, bowling, wicket-keeping, psychology, biomechanics, physiology modules,

“It was everything that is associated with being a professional sportsperson, whether it be mental, physical, tactical, lifestyle was covered on Level Four.

“A fantastic amount of info came out there, which developed you as a coach.”

Sharp’s talent identification skills came to the fore when he worked with Joe Root.

He said: “I’d like to think one of my greatest strengths is talent identification, and that means it is not just about technique. It’s about the package of a person, their thought processes, their attitude, their work ethic, their professionalism even at a young age are the kind of things that you look for.

“One of the first players I had a real inkling for, and kind of knew as a 13-year-old that he would make it, was Joe Root.

“Joe had something, the way he communicated with you, the way he thought about the game. When you spoke to him as a 13-year-old, it was like talking to an adult.

“It was as if he knew what he was good at, what he was not so good at and what he needed to work on. The first day I met Joe I had a good feeling and felt ‘this lad has got something special.’”

Sharp is relishing his current position with Worcestershire which encompasses all coaches and players from the first-team level – men and women – to the Seconds, academy and pathway programmes.

He said: “I think it is a job that suits my skills. The club has been excellent in using me to the best of my talents, in being a support for all coaches throughout the club, professional or recreational and to still coach around the club from the pros through to the women and girls.

“This is my seventh year at Worcestershire, and I love this club, and I try to take all the best bits from all those different levels I’ve worked at to help the club.”