Alan Richardson believes Worcestershire CCC paceman Adam Finch has “grown as a cricketer” as a result of his successful loan spell with Surrey.

The County’s Bowling Coach-Assistant Coach says Finch’s impressive displays will stand him in good stead in the battle for senior spots at New Road next summer as part of “an exciting young group of bowlers.”

Finch played in three Bob Willis Trophy matches and had two four-wicket hauls of 4-38 versus Essex and 4-69 against Kent for the 2018 County Champions.

He then returned to Worcestershire and played in five Vitality Blast matches – his first taste of T20 cricket for the County.

Former Worcestershire paceman Richardson said: “Adam went away to Surrey, did well and grew as a cricketer.

“Real credit to him. It was a big step for him. He had played a little bit of first-class cricket for Worcestershire before and then to go Surrey and perform as admirably as he did was excellent.

“We had some excellent feedback about his character and his work ethic, which we knew was always going to be good. 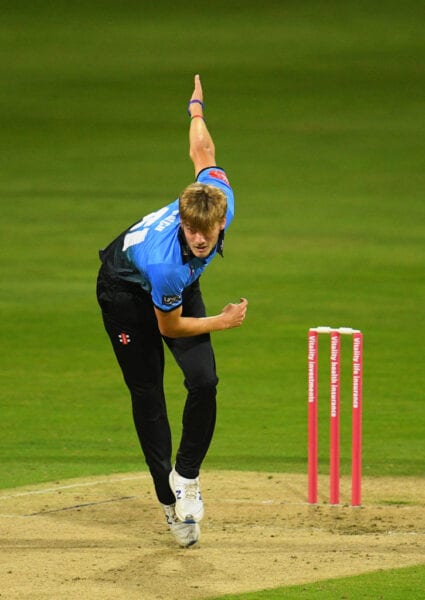 “To back that up with some performances as well, gave him some real confidence, and so it should.”

Richardson added: “It was a bit of a no-brainer when the opportunity came up. It’s not that we don’t want Adam to play for us, but it was an opportunity for him to go and play some first-class cricket.

“He was going to be in and around the mix, but he probably played more for Surrey than he would have for us in that short period.

“He was surrounded by some very good people. If you think of the main support staff around that group, like Alec Stewart, Vikram Solanki and Richard Johnson – people he could lean on and talk to off the field.

“It was an opportunity he took well, will stand him in good stead and put him in the reckoning for when we start up again.

Richardson is looking forward to continuing help develop the County’s crop of young bowling talent when the players report back for pre-season training on November 2.

He said: “Adam is part of an exciting young, group of bowlers and there is some real competition between them, which is how it should be, and they should all be feeding off each other and driving each other.”