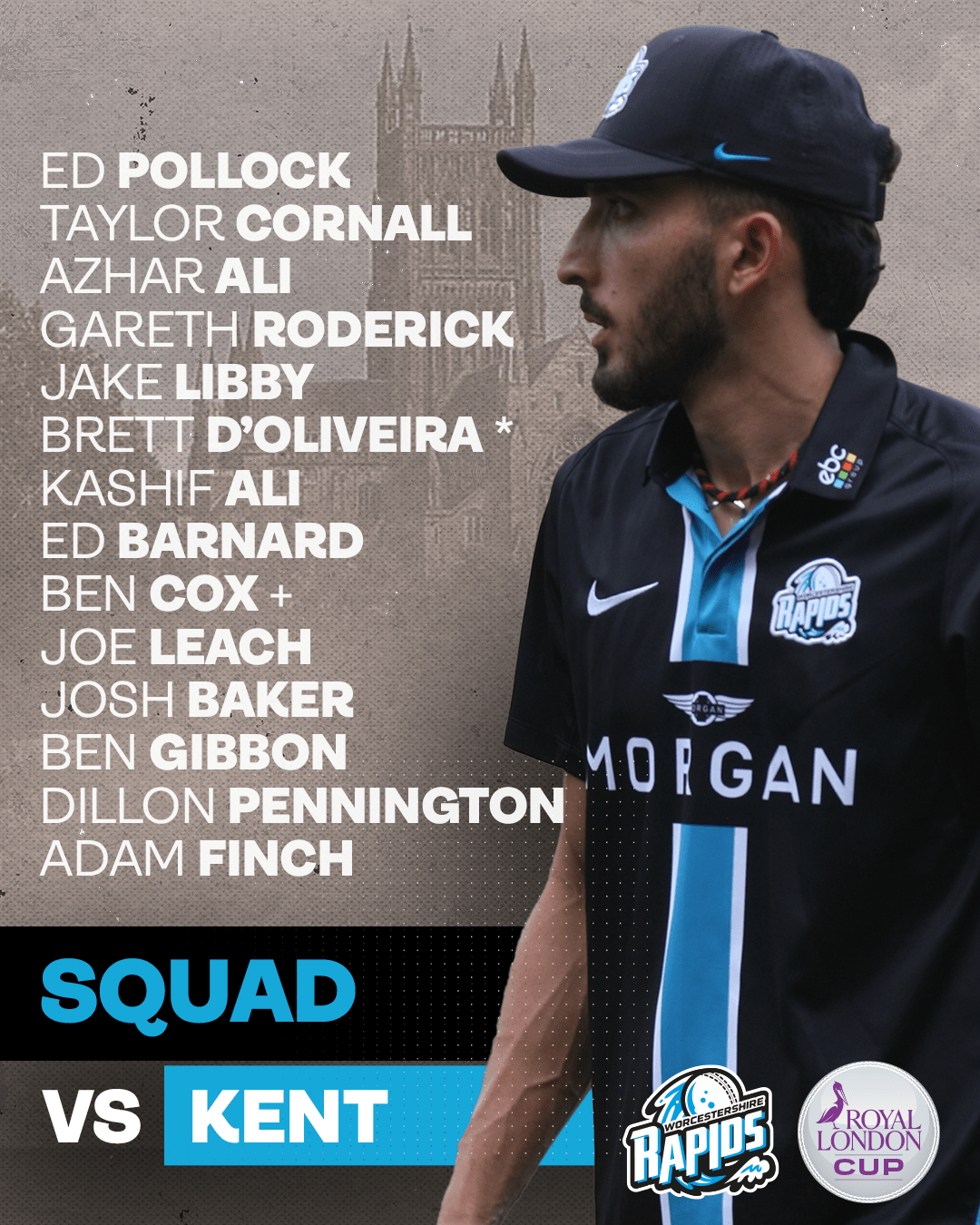 Azhar was originally scheduled to only play red-ball cricket for Worcestershire this season in the LV=Insurance County Championship.

But he is also now able to participate in the entire Royal London Cup programme, beginning with Tuesday’s group encounter with Kent at New Road and is part of a 14-strong squad.

He flew back on Saturday evening from Pakistan’s two-Test series in Sri Lanka and had a net yesterday at Eastnor, where Worcestershire were in action against Herefordshire.

Assistant Coach Richardson, who is overseeing the competition with Kadeer Ali, said: “Azhar was really keen to play in the One-Day Cup so we took that opportunity and it is a huge boost.

“Someone of his experience and ability, to have him in and around the squad will be a fantastic opportunity for the guys to feed off him as much as possible.

“You are always looking for your overseas player to make as much impact as possible. You can’t guarantee that their performances on the field are always going to be what they want.

“But what they can give you, the non-negotiables for me is that impact off the field and Azhar has been absolutely fantastic at that.

“I know Josh Baker has bowled a lot at him in the nets and had lots of conversations with him about bowing spin and bowling to quality players.

“Jack Haynes, who is now preparing for The Hundred, has also benefitted from being in and around him on the park and talking and batting the whole time. They’ve had some real good partnerships in the red ball competition.

“His impact and influence on the squad as a whole can’t be understated.”

Kashif Ali will be looking to continue his rapid elevation as a cricketer when part of Worcestershire’s squad for the Royal London Cup after last week signing a new two-year contract.

Richardson said: “He had an opportunity in the Vitality Blast and found himself batting in situations that weren’t ideal.

“But he showed that he had got something about him. His second team form has been outstanding, so he will be in and around our 50 over the competition, and hopefully, he will take the opportunities that are given to him.”

Richardson is looking forward to the challenges the RLC will present after Worcestershire just missed out on a spot in the knockout stages last year after winning the opening three games.

He said: “For us, it’s really exciting for the guys to have the chance to play some quality white ball cricket, and we are going to go to some really good places to play.

“We are playing against sides we don’t always play against in white ball cricket as well so it’s completely fresh.

“The squad slightly changes because of personnel we lose to The Hundred, but for us, it’s just a real refreshing challenge to have in front of us.

“We played in some really good games last year in the competition. The Kent game here was fantastic.

“We saw some really good performances. Jack Haynes and Brett D’Oliveira hit their first white-ball hundreds for us, and we broke a couple of wicket partnerships records.

“There were some really good signs in there, although things just tailed off towards the end. We wanted to use it as a learning experience as much as anything, but we always play games to win.”

Worcestershire will select from the 11 in action at Eastnor plus Azhar Ali, Club captain Brett D’Oliveira, and spinner Josh Baker.