RICHARDSON: CHANCE FOR YOUNGSTERS TO SHOWCASE TALENT IN ONE-DAY CUP

Alan Richardson says Worcestershire CCC youngsters, including Josh Baker and Jacques Banton, will be given the opportunity to showcase their potential during the Royal London Cup.

Assistant-Coach Richardson will oversee the Rapids campaign in tandem with Kadeer Ali after returning from his spell as part of the England coaching team for the ODI and T20I series against Pakistan.

He will switch straight into his Rapids role in preparing for Thursday’s 50 over friendly against Herefordshire at New Road ahead of Sunday’s home One-Day Cup opener against Kent.

He said: “It will be fascinating to see Josh and Jacques. We have taken the opportunity to award them both a rookie contract which shows we believe there is some real potential. 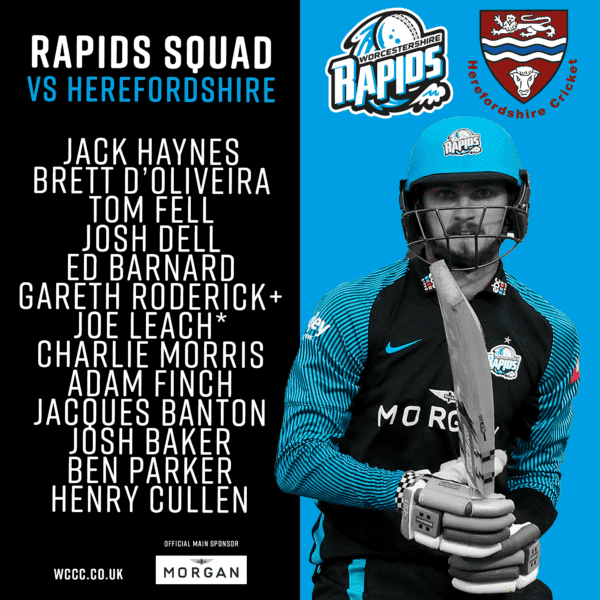 “Alongside losing some players during the Hundred and a couple of guys being injured, there could well be some opportunities for these guys to experience what it is like in that (first team) environment.

“We have no idea what the tournament will be like. We will look at some sides, and they could be down to the bare bones and other sides, we think, will be very strong.

“It will be a good opportunity to blood them (Baker and Banton), and they will certainly be in and around the squad for those games.

“It is exciting. An opportunity for both of them and I’m sure they will get some during the competition to show what they can do and test themselves.

“Josh fitted well into that second team environment and on his County Championship debut. His performances showed he has got some natural ability with the ball, and it will be exciting to watch him over the foreseeable future to see how that goes.

“He has always been someone that has impressed with certain aspects of his bowling, and he has always had great control, but now it seems he is really maturing with his bowling.

“He has added some little things to it, so he has bowled with a good pace and a nice little shape alongside that, which is vital for a spinner, and showed some real game sense.

“Jacques has got some real strengths to his game and some real opportunities there.

As a white-ball cricketer, he can give us something that we haven’t got much of. He is very inventive, very creative and can be explosive and score runs quickly.

“Hopefully, in time, he will show us that consistently.

“Red ball cricket is one for him to keep working at, occupying the crease for long periods and scoring big runs.

“But he will have the opportunities to do that, and his left-arm spin is something he needs to keep working on. In white-ball cricket, he has shown some good skills and, like Josh, some good game management.

“He understands the game, what he is trying to do, and there is some real potential there.”

Richardson added: “It will probably be a slightly different look to what Worcestershire members will have been used to with the white-ball side.

“But it will be an excellent and exciting opportunity for the players, myself and Kadeer (Ali).

“We have already tried to hatch a few plans, but it’s something we are both excited about.”