Worcestershire Rapids will select from an unchanged squad when they take on Leicestershire Foxes at the Uptonsteel County Ground in Sunday’s final Vitality Blast North Group encounter (6.30pm).

The Rapids will have their destiny in their own hands and know exactly what is required to reach the quarter-finals by the time the match with the Foxes gets underway. 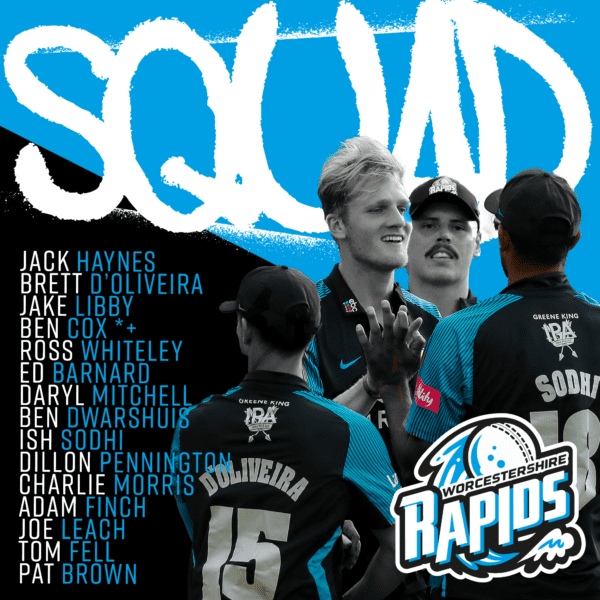 The only side who can deny them a top-four spot – and a place in the last eight – is Birmingham Bears.

They currently trail the Rapids by one point and take on Northamptonshire Steelbacks at Edgbaston with a 2.30m start.

If the Bears are beaten, then the Rapids will be through to knockout stages irrespective of what happens against the Foxes.

But a Birmingham win will mean everything will be at stake for the Rapids against Leicestershire.

They will select from the same squad named for the Bears encounter at Edgbaston on Friday – the 11 who played plus Adam Finch, Joe Leach, Tom Fell and Pat Brown.

Brett D’Oliveira is currently the Rapids leading run-scorer with 338, including three half-centuries, while Charlie Morris (17) has claimed the most wickets.

The Rapids will be looking to complete a double after triumphing by seven wickets against the Foxes at New Road.