The Malvern College pupil, a member of the Worcestershire CCC 2020-2021 Academy intake, ended with ten wickets at 14.10 runs apiece.

Alex Milton was the Seconds leading run-scorer in the competition with 201 at an average of 25.13.

The wicket-keeper batsman’s tally includes a top score of 77 not out versus Warwickshire Seconds – also at Barnt Green.

The Seconds eventually finished level on points in the Central Group with second-placed Gloucestershire, who had a superior net run rate.

They were well in contention to qualify for finals day until losing their last three matches.

Worcestershire Seconds Coach Kadeer Ali said: “I think we had a good campaign. It was a bit disappointing towards the end when we lost three matches on the bounce.

“Looking back at it now, if we had won one of those games, we would have probably made the finals day. Win two out of three, and we would have made it.

“It was an excellent experience for the lads, and we had quite a youngish side with quite a few of the Academy lads playing five or six of the games.

“Some good individual performances in some games. Moving forward, I would like to see some of them be a bit more consistent throughout ten games.

“That is something we want to try and take into next year, especially with the younger lads. That would probably have got us through in the end to finals day.” 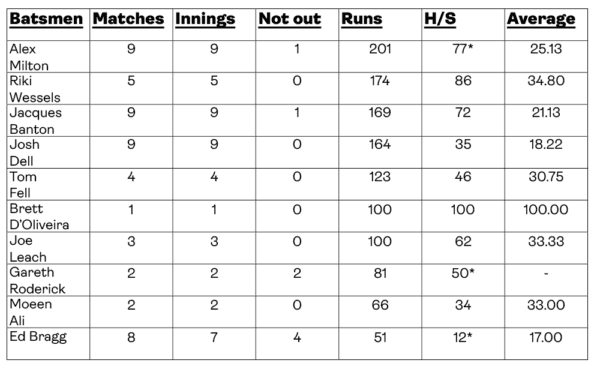 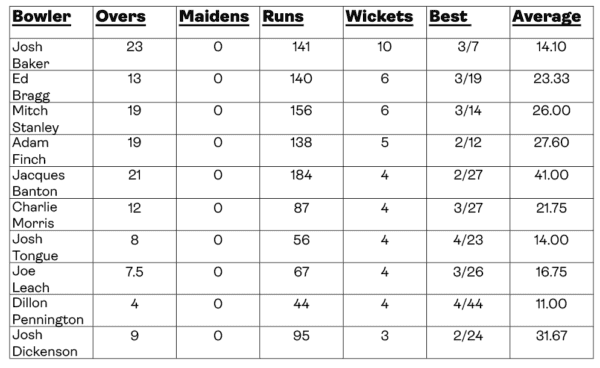