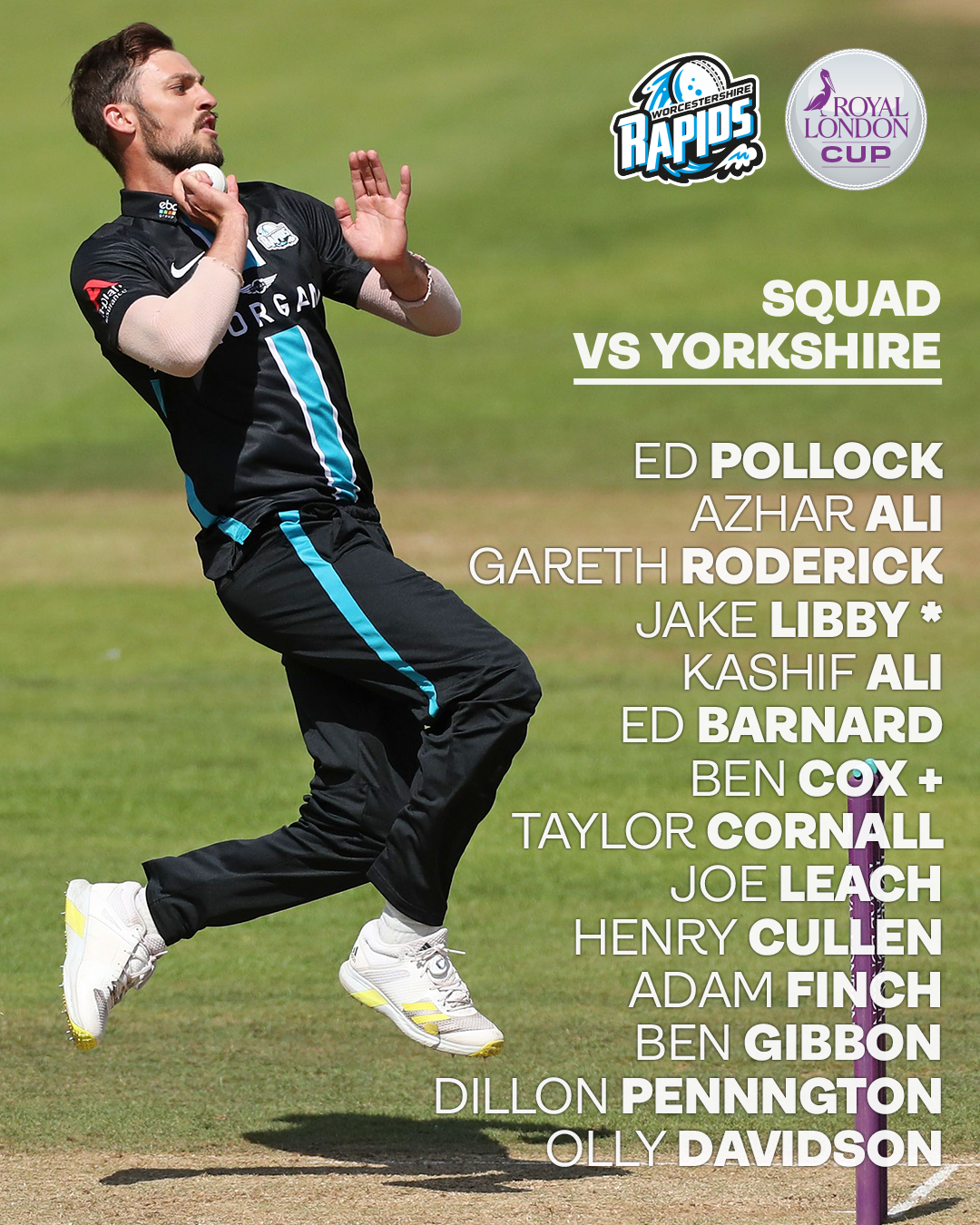 Worcestershire pace bowler Dillon Pennington will return to the side for Sunday’s Royal London Cup encounter with Yorkshire Vikings at Scarborough.

Pennington was rested for the encounter with Hampshire at the Ageas Bowl on Friday after a busy schedule in all formats, although he practiced with his teammates ahead of the game.

But he will be back as part of the Rapids attack as they bid to achieve their first victory in the 2022 competition.

Assistant Coach Alan Richardson said: “You rested, Pennington? I know it sounds a little bit odd, but we have to. He is carrying a few bits and pieces.

“The 50 over is physically the hardest to play because they throw themselves around and play at T20 intent for three hours.

“But Dillon will come back into the side at Scarborough.”

The Rapids will be checking on the fitness of keeper Ben Cox who missed the game against Hampshire with sickness.

Richardson said: “Ben was quite sick overnight and was not in the condition to play, so we sent him back to the hotel, and it was a great opportunity for Henry Cullen. We will assess Ben on Saturday.”

Spinner Josh Baker has been ruled out with a sore back, but fellow spinner, Olly Davidson, will be part of the squad after signing a short-term professional rookie contract (see separate story).

Richardson said: “Josh won’t be available on Sunday. He’s had a scan on his back, so we will find out more soon.

“We will have to shuffle the pack a little bit more, but the boys are great. They always apply themselves as well as they can and all muck in.

“Things keep getting thrown at us, but that is certainly no excuse.

“We are going to be on the coach on Saturday for about eight hours from Hampshire to Scarborough, and we will pick Olly Davidson on the way up.

“It is a fabulous place to go and play cricket, and the atmosphere up there will be one the guys won’t have experienced very often.”

Ed Barnard will be looking to continue his excellent form with the bat after scoring 79 versus Kent and 85 not out against Hampshire.

Richardson said: “It was a fantastic innings on Friday. He has really come of age with the bat over the last couple of years.

“He is playing with a great deal of confidence, a very bright young man who knows what he is doing, has learnt his game, is a real student of the game.

“In conditions where it was hard to adapt your game, it comes as no surprise he was able to do that and got nearly twice as many runs as anyone else in the game.

There was an excellent response from the bowlers at the Ageas Bowl after the performance against Kent, but Worcestershire are also aiming to cut out losing too many wickets when batting during the powerplay.

Richardson said: “Tuesday against Kent was a tough day for the bowlers. A very different wicket against Hampshire, but we addressed some thoughts and some issues and did far better.

“Some really good efforts with the ball, certainly from the four seamers, and obviously from Jake Libby and Taylor Cornall to get through some overs as well.

“With the bat, we obviously don’t want to make the starts we are making at the moment, so the guys will be working hard on that.

“We are constantly trying to address matters to keep moving forward. We had a debrief after the game and will have some more conversations on the bus on the way to Scarborough.”