Ben Dwarshuis will be looking to continue his recent impressive form when Worcestershire Rapids take on Northamptonshire Steelbacks in the Vitality Blast at New Road tonight (5.30pm start).

The Australian paceman showed his class and control when returning figures of 4-31 from four overs in the face of an onslaught from Yorkshire Vikings century-maker Jonny Bairstow.

It followed on from his 1-27 in four overs versus Lancashire after the initial challenge of adjusting to English conditions following a lengthy lay-off from action.

Assistant Coach Alan Richardson believes Dwarshuis will get “better and better” as the Rapids strive to complete a double over the Steelbacks, whom they defeated at Wantage Road last Friday. 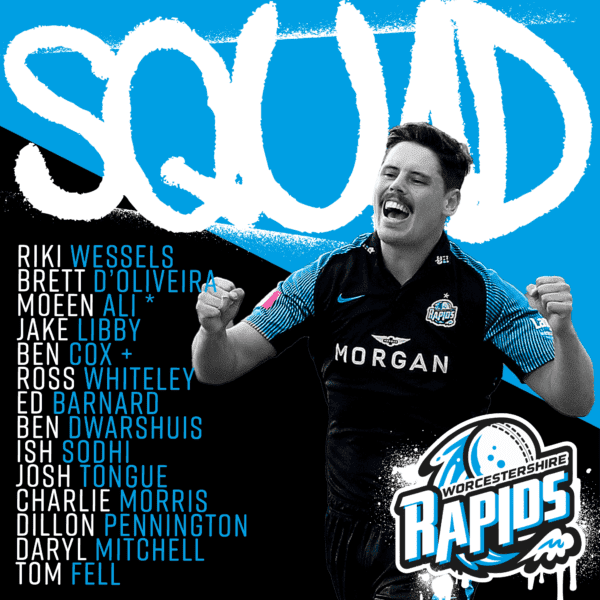 “Ben has done well in the Big Bash the last couple of years, and he showed (against Yorkshire) what he is capable of.

“He has got better game after game. He hadn’t played for about four months when he got here, and the game’s tempo is incredibly difficult. Certainly, over the last two games, we’ve seen what he is capable of.

“He is a smart and skilful cricketer, and hopefully, he is going to keep giving us those performances because it is something he should be very proud of.

“Ben has never been over to England, let alone played in England before, and the first wicket he played on, he said it was the slowest surface he has ever played cricket on.

Worcestershire will be looking to recapture the form shown in the opening three games of the competition.

Richardson, who is also Bowling Coach, said: “We’ve played four games, we’ve played really well over three of those games and not so well against Yorkshire.

“But if we keep going at that sort of rate, we are going to give ourselves a chance to win more games than we lose, and that gives you a chance to get into the knockout stages.”

The Rapids have named an unchanged squad of 14 for captain Moeen Ali’s final game of his current spell at New Road before linking up with England for T20 duty against Sri Lanka.