Worcestershire CCC opener Daryl Mitchell clocked up two personal milestones last summer and has his sights on achieving a couple more before he finally hangs up his spikes.

Mitchell achieved his 500th appearance for Worcestershire 15 years after making his debut and also became the County’s leading wicket-taker in T20 cricket.

He now needs only to reach three figures against Surrey to complete a set of hundreds for Worcestershire against every other County in red-ball cricket after scoring a ton against Warwickshire at New Road in the Bob Willis Trophy in what was his 500th game.

The 36-year-old is also aiming to become the first Worcestershire bowler to take 100 T20 wickets.

Here he looks back at 2020 and outlines his goals for the future in a Question And Answer session. 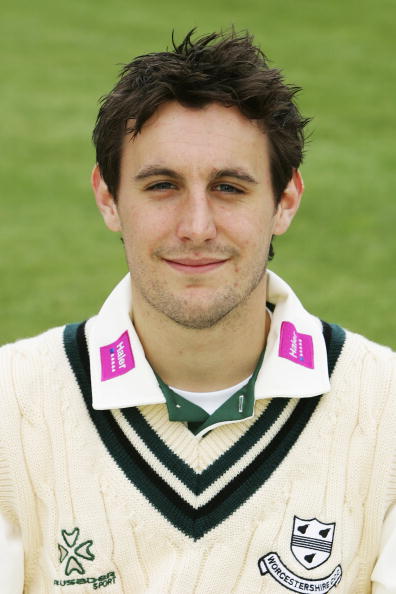 Question: During the 2020 season you clocked up 500 games for Worcestershire, you must be proud to have reached that milestone?

Daryl Mitchell: “It’s a significant number, isn’t it. I guess it’s a reward for longevity in all formats. There are a lot of T20, 50 over and first-class games in there as well. It’s a pleasing number and quite a significant milestone.

“I knew at the end of last season (2019) I’d gone past 500 career appearances, but that included a couple for the MCC, and I’d played a little bit in Zimbabwe.

“I was aware the 500 for Worcestershire was on the horizon once we got going this year and I’m proud to have played that many games for the County.”

Question: You’ve had quite a fantastic run of games in first-class cricket particularly, missing only one of the last 135 County Championship-Bob Willis Trophy matches?

Daryl Mitchell: “I’ve been lucky throughout my career in not having too many serious injuries. A couple of hamstrings and a couple of side strains, I think that is pretty much it.

“There are advantages from that point of view to being an opening batsman as opposed to a big fast bowler! I’ve generally kept myself relatively fit and pride myself on the running and fitness tests in particular and things like that. That has helped me out along the way.”

Question: You are approaching 37. Do you feel you have to do more fitness-wise the older you get to keep up with the 20-year-olds?

Daryl Mitchell: “Not necessarily more. I’ve always worked quite hard with my fitness anyway so I can continue with that. I think when I’m fresh, I can compete with all of them, not a problem. The challenge as you get older tends to be the recovery.

“There is more focus on the pre-hab and the mobility stuff and the stretching to try and keep a bit looser than perhaps I would usually be and look after the body in that way. It’s being a bit smarter with the recovery and that kind of thing and having a bit of time off when needed when you get the opportunity and try and rest up.

“Then hopefully, the body recovery rate is quick enough so you can hit the next game as fresh as possible.” 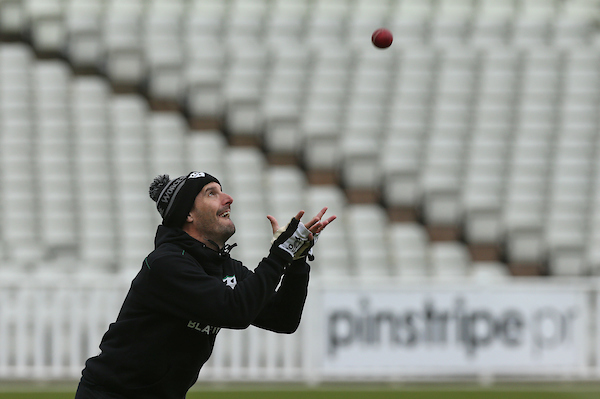 Question: It always causes a surprise when you miss a game because, as you said, you haven’t picked up many injury setbacks?

Daryl Mitchell: “I think for all players the schedule was pretty relentless this summer. I felt that this year in the T20. I was rested for one game to get in some red-ball practice before we played Somerset.

“But the T20s came quick and fast. You play one day, day off the next, and then play the following day again. I think we played five games in nine games at one stage which is a severe test on the body, especially in T20 cricket where it’s a high octane, high energy, explosive format of the game.”

Question: In your 500th game, you got a century against Warwickshire, and now in first-class cricket, you only need one against Surrey to complete the set. Is that an ambition of yours before you retire?

Daryl Mitchell: “Absolutely. It was quite a nervous period. I was a few not out overnight, and that following morning it took me a while to get going. It was more nervous than usual in terms of getting a hundred because I knew I had never got one against Warwickshire.

“To get over the line, tick one off against them in first-class cricket was particularly pleasing and, yes, one to go against Surrey.”

Question: I recall you were quite annoyed in what you called the ‘feast or famine’ season a couple of years ago when you were dismissed for 80 on a good track at the Kia Oval?

Daryl Mitchell: “I’ve got a 70 there as well as that 80. There have certainly been a few opportunities and a few decent scores in there against them. For me, as a batter, if I can get 30-40, I feel I should be getting three figures.

“It doesn’t happen all the time, but as an opener, you’ve done all the hard work against the new ball and bowlers at their freshest on a fresh pitch. I pride myself on trying to make the most of that when I get in.” 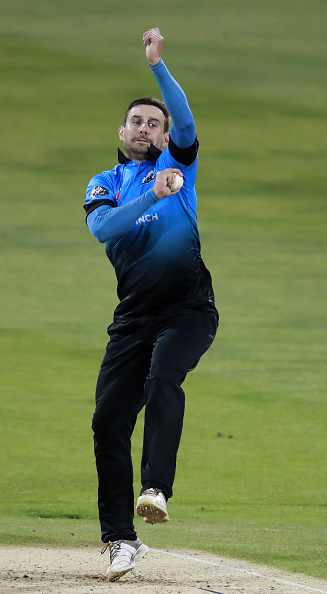 Question: Another personal milestone you achieved this summer was becoming our leading wicket-taker in T20 cricket?

Daryl Mitchell: “Again, that was something I knew was on the horizon going into the season. Jack Shantry (the previous holder) is a good friend of mine, so to go past him was particularly pleasing, and I dropped him a message.

“I’m not sure how long my record will last once I pack up. There is a big colossal chasing pack. Moeen can’t be too far behind, and your Ed Barnards and Pat Browns will go way past whatever total I get to in the end.

“But it’s nice to hold that now, and if I can get to 100 wickets, it will be a good feat, especially if I can be the first Worcestershire player to achieve that. It will be a nice feeling, that’s for sure.”

Question: Just finally, as an Aston Villa fan, seeing the side stay up and make a flying start to the season, you must be delighted?

Daryl Mitchell: “The Champions League looks almost a certainty at the minute! I try and keep my feet on the ground, but after the battles of the last ten years, it’s nice to get a few wins on the trot.

“We’ve hit the ground running, made some excellent signings and looks like we’ve got the makings of a good Premier League side.

“Hopefully we can have a good run-up to Christmas and don’t have to worry too much about a relegation battle in the New Year.”