MOEEN TO LEAD RAPIDS IN VITALITY BLAST OPENER AGAINST CHAMPIONS

The England all-rounder and Rapids captain is available for the start of the tournament in which he made key contributions during the 2018 title triumph and when finishing runners-up 12 months later. 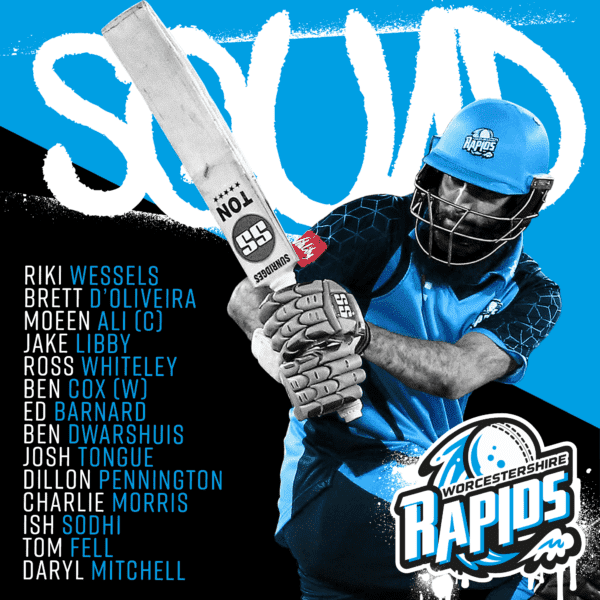 Rapids Head Coach Alex Gidman is delighted to call upon 33-year-old Moeen’s services in a game being televised live on Sky Sports.

He said: “Mo is a world-class player, and he would benefit any team when he is around.

“He loves playing for Worcestershire, and he strengthens us as a group.”

Worcestershire have had little time to practice for the white ball tournament after nine weeks of back-to-back LV=Insurance County Championship action.

But many of the squad – including Moeen and Dwarshuis – did play in the Seconds T20 match against a strong Gloucestershire line-up at Kidderminster (see separate report).

Gidman said: “It was an excellent work-out which is exactly what we needed. It has been a tight turnaround from Championship cricket to the Blast.

“To have a good game against some good opposition was perfect.

“We are looking forward to it; I know our group of players is very talented, and I’m sure they are chomping at the bit to perform individually and as a collective.”

The Outlaws are without captain Dan Christian for the group stages after his call-up by Australia.