Worcestershire CCC are to take on local rivals Herefordshire CCC in a competitive fixture for the first time in 17 years.

The two counties will meet in the National Counties 50-over Showcase Game at New Road on Thursday, July 22 (11am start).

Admission is free for members of both counties for a game that will form part of Worcestershire’s preparations for the Royal London One-Day Cup, with all 18 first-class counties playing similar fixtures. Members will be able to enter New Road with their Membership Card.

General admission price is £5 for adults and £1 for Under-17s. Click here to purchase tickets

Worcestershire open their Royal London campaign against Kent at New Road on July 25. 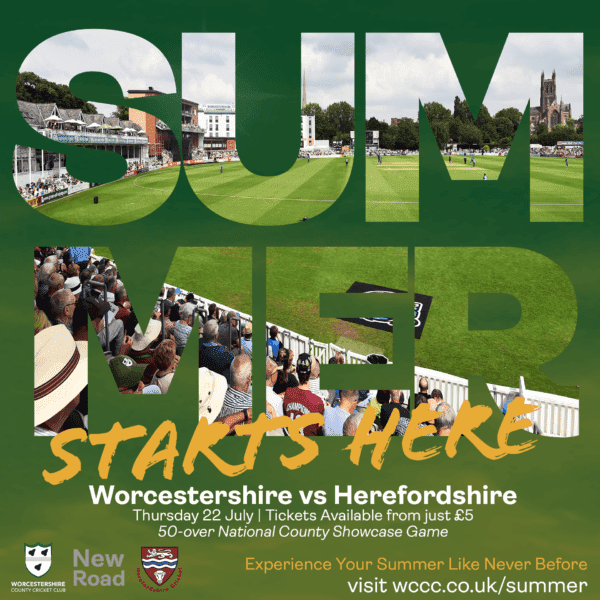 The last meeting between Worcestershire and Herefordshire was a Cheltenham and Gloucester Trophy encounter at New Road in 2004.

Worcestershire triumphed under the Duckworth-Lewis Method on their way to reaching the final for the second successive season.

Herefordshire were scheduled to have home advantage at Luctonians CC but torrential rain washed out play, and the game was switched to New Road the following day.

Worcestershire totalled 279-8 after being put in to bat with captain Ben Smith top-scoring with 91.

Herefordshire reached 146-4 in reply, with Richie Hall hitting 54 not out, but Worcestershire beat them under the Duckworth-Lewis Method.