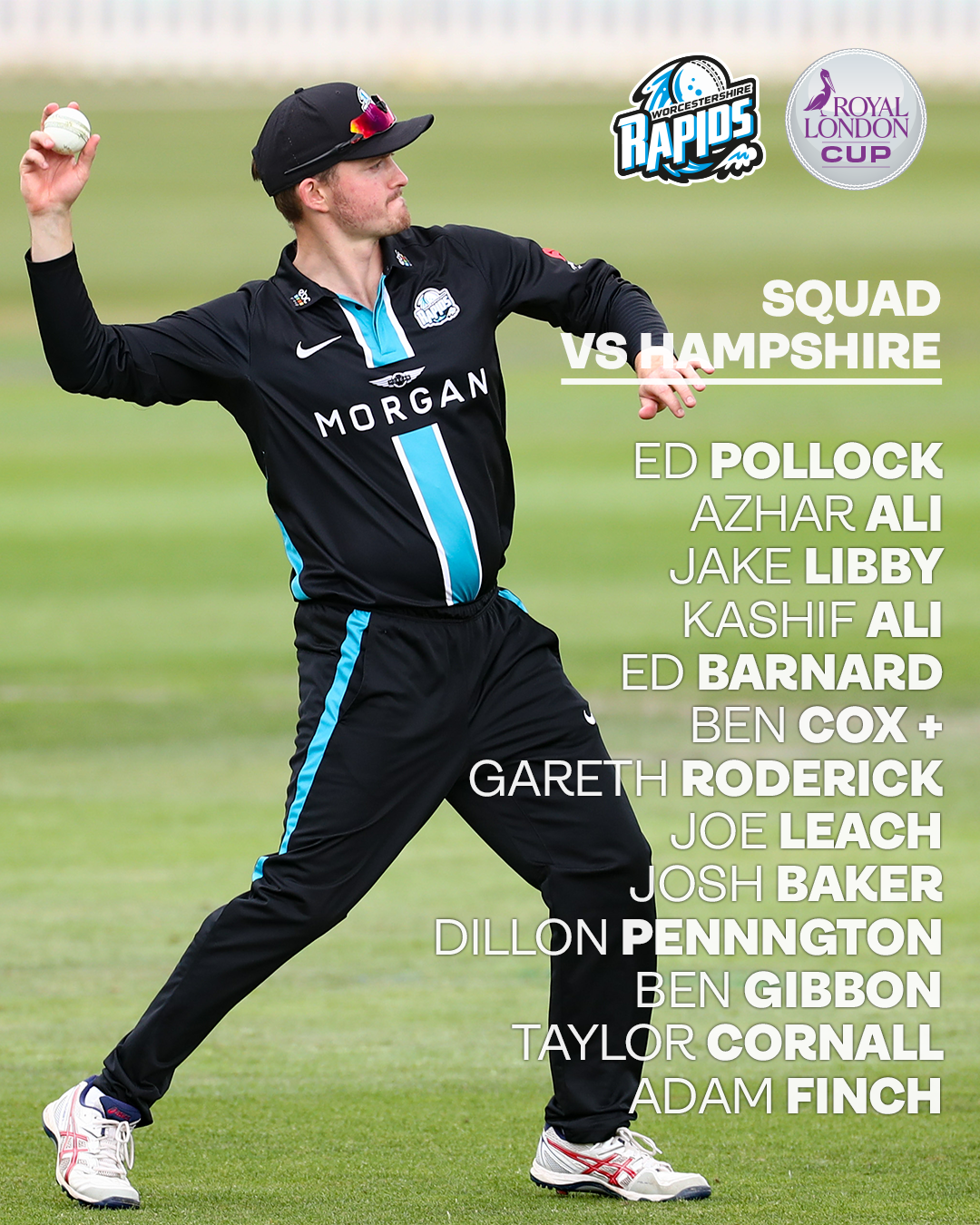 Jake Libby is to captain Worcestershire Rapids for the remainder of the Royal London Cup campaign, beginning with tomorrow’s (Friday’s) encounter with Hampshire at the Ageas Bowl.

Libby, the official red ball vice-captain, will take over from Brett D’Oliveira, who has been drafted into The Hundred by Birmingham Phoenix.

He is part of a 13-strong squad for the meeting with Hampshire and Sunday’s game with Yorkshire Vikings at Scarborough as the Rapids look to bounce back from the high-scoring defeat against Kent at New Road.

Assistant Coach Alan Richardson, who is overseeing the One-Day Cup with Kadeer Ali, confirmed: “Jake will now be captain. He has shown some real interest in leadership roles within the squad, and he is an experienced and very skilful player.

“I’,m pleased for Brett that he has got that opportunity with the Phoenix. It is something he has worked hard to get recognition for; he has been really driven and pushed himself.

“That is great for Brett and it gives Jake an opportunity to experience some more leadership and captain the side throughout the competition.

“He has had some experience of it before and stepped in at times for us since he’s been vice-captain and done a really good job. It will be a good experience for him leading the group through these stages.”

The Rapids have a seven-hour coach journey from Southampton to Scarborough on Saturday and will be back on the road on Tuesday afternoon for the game with Lancashire at Old Trafford the following day.

Richardson said: “The boys were gutted in the changing room after the Kent game, but we have an opportunity on Friday to put it right, and it is a really exciting road trip.

“We go then from Southampton to Scarborough, and it’s two very good sides and two very nice grounds, an international ground and an amazing festival ground where I imagine there will be a good crowd in.”

Regarding the Kent game, Richardson said: “It was a magnificent effort to get as many as we did, having been 36-4. Matt Henry, an international quality bowler, applied lots of pressure early on and really good experience for the boys to face him.

“We got through that brilliantly well, and Ed (Barnard) and Kashif (Ali’s) partnership was fantastic, not just the runs but the tempo they set, and the way they went about it was a brilliant effort.

“Ben (Cox) and Joe (Leach) showed what they can do. They were really calm, struck the ball really well and played to their strengths, and we scored over 100 in the last ten overs.

“It took an amazing innings from Ollie Robinson. We didn’t hit our straps with the ball, which was disappointing because we had given ourselves a good opportunity to win the game and, more often than not, we would have won the game had we applied some pressure.”

The squad consists of the 11 players in action against Kent, minus D’Oliveira, plus Gareth Roderick, Taylor Cornall and Adam Finch.