The prolific batsman is added to the 13 players in the Rapids squad for the seven-wicket win over Herefordshire CCC at New Road in a warm-up fixture at New Road. 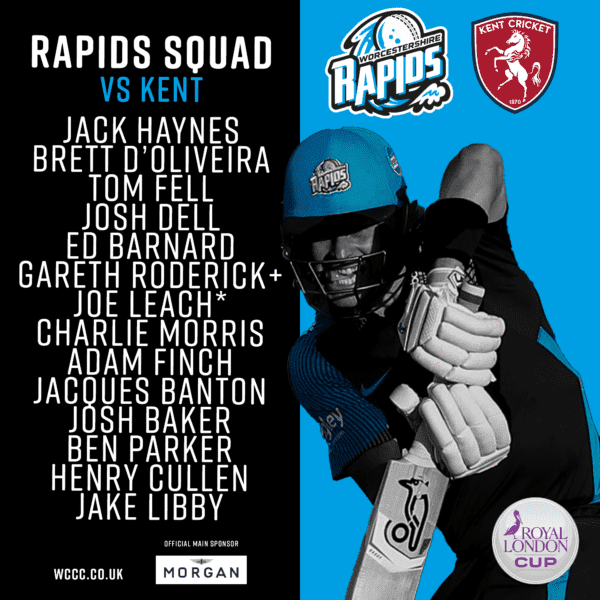 Libby was unavailable for that game after his call-up to represent a County Select XI against India in a three-day contest at Emirates Riverside.

Rapids Assistant Coach Alan Richardson, who is overseeing the One-Day Cup in tandem with Kadeer Ali, felt Libby’s inclusion for that fixture was well deserved.

He said: “Being part of the County Select XI was real, good recognition of what Jake has done.

“He would have been one of the form players amongst opening batsmen in the country during the past two years.

“It was really good for him that he got that recognition for all the hard work he has put in and the performances he has put in, especially opening the batting, which is one of the most challenging jobs in red-ball cricket.

“He has done a fantastic job and, hopefully, he enjoyed the experience.

I’m sure some of the boys will be asking questions like ‘what was it like to face (Jasprit) Bumrah?’ when he joins up for the game.”

Libby has made 71 first-class and 42 T20 appearances, but the Kent game will be only his eighth game of List A cricket.

Richardson said: “Not many of the lads have played much 50 over cricket recently and, even someone of Jake’s experience, hasn’t played a great deal of it.

“It is a real good opportunity for him to focus on that for a while. He has been excellent for us in the two formats he has played.”

Paceman Ben Parker is joining up with the Midlands squad for the Super Fours after the Kent game.

But Richardson confirmed keeper Henry Cullen is to remain with the Rapids for the One-Day Cup.