Jake Libby has paid tribute to his Worcestershire opening partner, Daryl Mitchell, and admits he has been a massive influence on his own game during his two years at New Road.

Libby says the chance to learn off Mitchell was a key factor in him deciding to move from Nottinghamshire to Worcestershire on a three-year contract.

The results were there to see, with Libby passing 1,000 first class runs on the second day against Leicestershire at New Road to cap another highly successful season.

The 28-year-old believes Mitchell is a “heartbeat of the changing room” after he decided to hang up his spikes after 17 seasons at the helm and will be a big act to follow. 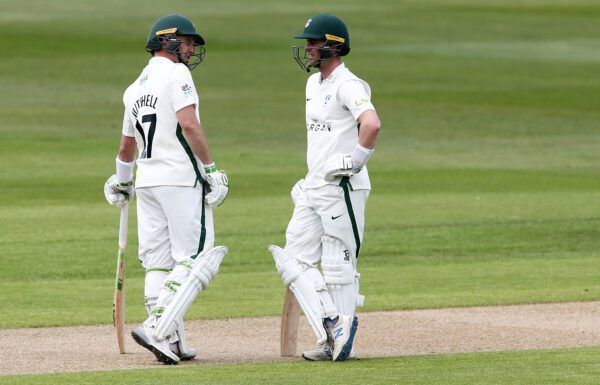 Libby said: “Moving to Worcestershire was something I was excited about and something that drew me to the club that I would be opening with Daryl.

“I had obviously played against him, and I knew what a legend he was in the game being an opening batsman, I looked up to the guys like Daryl and his record and how well he has done over the years.

“Opening with him, and having done it for the last two years, I think it has helped my game so much, just having such a good player at the other end, such a reliable opening batsman who is so experienced and knows exactly what he is doing.

“For me, it is just his temperament, how he knows his game inside out, and things I have learnt from him and put into my own game and just a general role model around the squad.

“He is an absolute heartbeat of the changing room, and I know he is going to be a big loss. He has certainly been fantastic for me, and I know the lads are going to miss him greatly.

“The club is obviously going to try and replace him, but it will be big shoes to fill for whoever has to do it.

“For an opening batsman to have that longevity of averaging nearly 40 over such a long period is an unbelievable achievement.

I think he will only look back on his career with absolute fondness, and I think Worcestershire are really lucky to have had a bloke like him.”

Mitchell has highlighted an unbeaten 139 in a vital victory over Nottinghamshire at Trent Bridge in 2017 as the pick of his 39 hundreds, and Libby remembers it vividly.

He said: “I played in that match. I remember that knock. That was the second game I had played against Daryl, and I had heard a lot about him, but that was a really special knock.

“We had a really good bowling attack, and in the final innings, to chase down well over 200 under that pressure on a spicy pitch, it is one of the best innings I have ever seen.

“How he played our quicks, how he used the crease, how late he played the ball. I learned a lot from watching that day, and that innings really sticks with me a lot.”

Paceman Charlie Morris has highlighted the impact Mitchell has had off the pitch as well as in the middle.

He said: “One of the main things I will miss about Daryl, other than watching him clip and cut his way to a 100, is his humour. For the nine seasons, I have been fortunate enough to share a changing room with him. There has rarely been a dull moment.

“Whether that be in the changing room watching him play a prank someone or on several stag do’s, he is always making people laugh, and his banter on the pitch has helped us through some long days chasing leather.

“I have always looked up to Daryl in the changing room. During his time as club captain, he helped me learn and develop as a young cricketer enormously. He was always approachable and supportive, and I’m grateful to him for that.

“To hit 39 hundreds is an incredible achievement and one many will only be able to dream of replicating.

“To have accomplished a career like he’s had is a credit to his determination, level-headedness, self-belief and hunger to keep adapting and working on his game over so many years. Those attributes have been so apparent watching him go about his business. “ 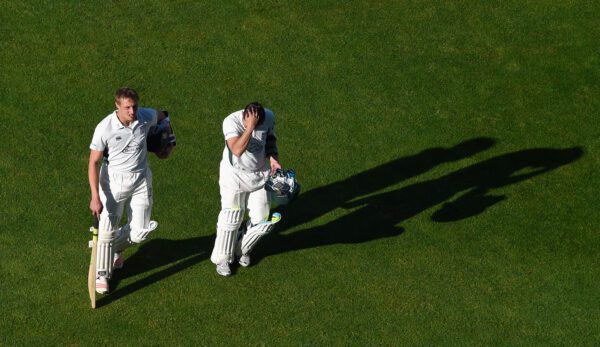 Morris added: “I’ve been lucky enough to see him score two unforgettable double tons in my time at the club. But one memory that will stick with me forever is the ball he bowled to Ross Taylor in a pink ball Championship match against Nottingham in 2018.

“I have never seen a slower, more loopy ball bowled in my life, but it somehow beat Taylor all ends up and took his off stump out the ground. I can still hear Daryl’s giggle ringing in my ears as he was in disbelief at what he’d just seen. “

Morris says Mitchell’s work for the PCA should also not be under-estimated.

He said: “Daryl has been at the forefront of representing all county cricketers during the Covid-19 pandemic during his then role as chairman of the PCA.

“I can’t think of a more fitting bloke to continue all the brilliant work he has done for county and English cricket when he takes up his full-time position with the PCA.

“We should all be grateful for the effort he has put in over the past 18 months voicing county cricketers and safeguarding the game.

“He thoroughly deserves all the accolades and commendations as he retires, firstly for being a great bloke, and secondly for undoubtedly becoming a legend in Worcestershire CCC history.”