HAYNES RETURNS FROM INJURY FOR CHAMPIONSHIP MEETING WITH MIDDLESEX 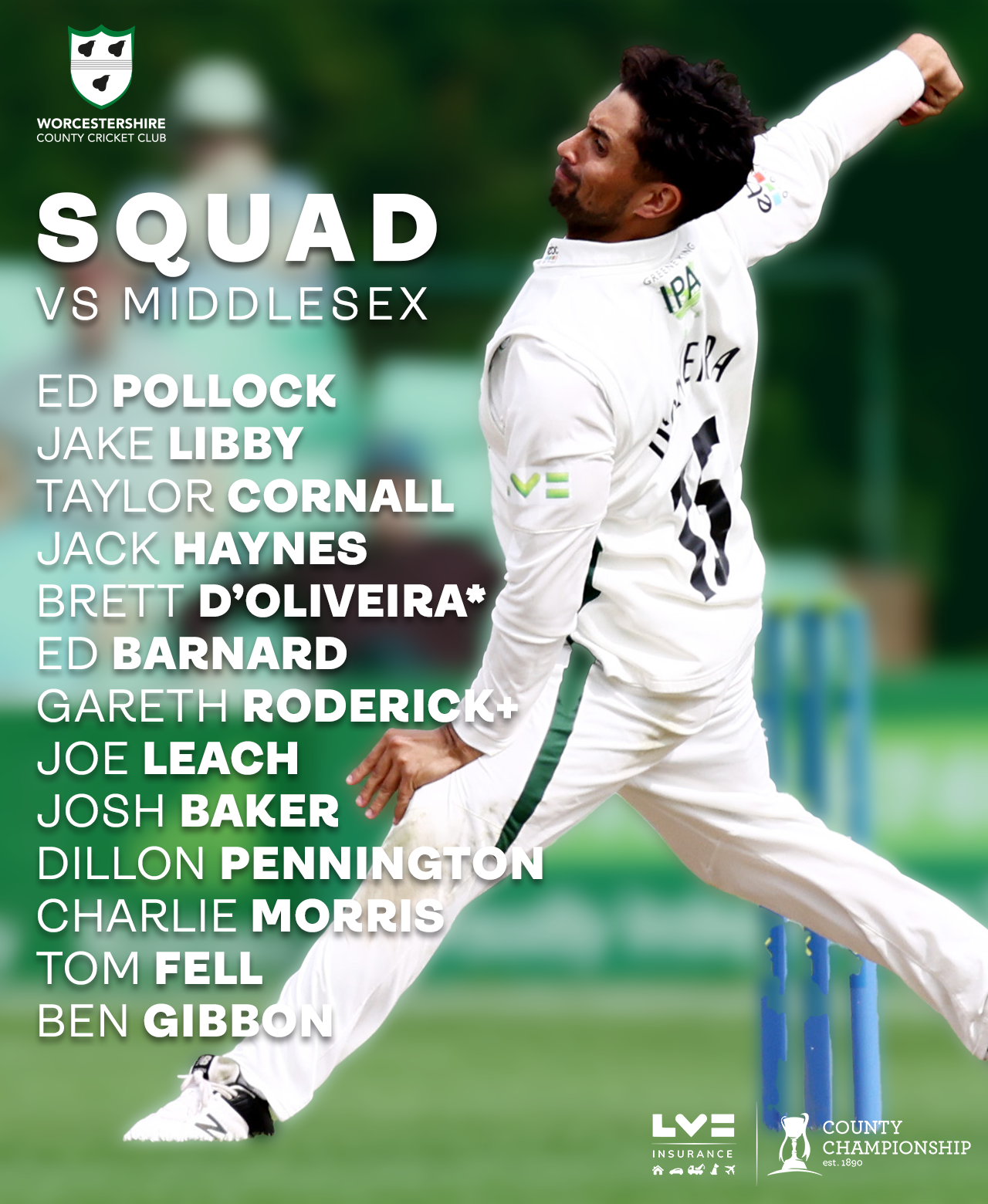 Haynes missed the previous Championship match against Glamorgan at New Road and five Vitality Blast matches with the tweaked knee ligament suffered when fielding in the T20 fixture with Leicestershire at the Uptonsteel County Ground.

It is a timely return as Azhar Ali will miss the next two games while on Test duty with Pakistan in Sri Lanka.

Haynes has been in excellent form and scored Championship centuries in three successive matches this season.

Fellow batter, Taylor Cornall, is also available after being struck on the helmet by Glamorgan pace bowler Michael Neser.

It led to Tom Fell being a concussion replacement for the second innings of that game.

Pakistan pace bowler, Muhammad Hasnain, is unavailable to make his debut after being unable to obtain a visa in time for the four-day fixture.

Head Coach Alex Gidman confirmed: “Taylor has recovered from concussion, and Jack has recovered sufficiently enough from his knee injury.”

Worcestershire will be striving to ensure they remain in a challenging position for the four-game finale to the Championship in September.

After the Middlesex match this week, they take on Derbyshire at New Road beginning on July 25 before the Royal London Cup takes centre stage for August.

Gidman said: “We have played some excellent cricket in the Championship, and the games we have lost have been highly competitive.

“Glamorgan last week was a great game, but naturally disappointed to be on the wrong end of it, and all the way back to Trent Bridge, we were right in there and fought very well to give us a chance of winning.

“We have scored some excellent runs, batted exceptionally well but unfortunately haven’t been able to quite get over the line and take those extra wickets.

“It would be nice to get another win under our belt in these next couple of weeks and give us a good chance going into September.

“The next two games, Middlesex and Derbyshire, plus Glamorgan as well, they are the teams in the middle of the group which we are pleased to be competing with and going toe to toe with.

“Middlesex will be a tough challenge and, from their point of view, if they were to nick the win, it would be a really big boost to them and their promotion hopes.

“Equally, if we can beat them, it draws them back in and gives us all a huge amount to play for.”