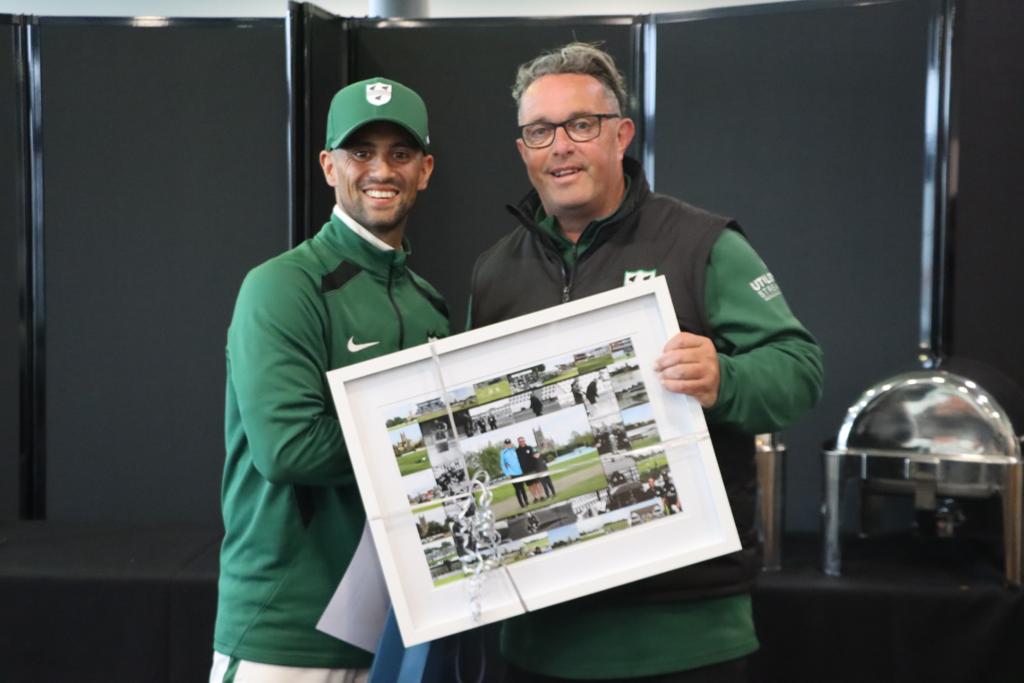 Earlier in the year, Head Groundsperson Tim Packwood left his role after 33 years at Worcestershire. However, Tim will still be a face to be seen around New Road both as a supporter and in a professional capacity, as he’s continued to undertake consultancy work since leaving his full-time position with the Club.

Club Captain Brett D’Oliveira presented Tim with gifts and souvenirs earlier in the season, including a framed collage of pictures from across his 33 years at the Club.

The Club thanks Tim for his long service and wishes him all the best for the future.

Head of Facilities Helen Grayer commented, “Tim has shown tremendous dedication to the Club over a long time and has been invaluable as a consultant since leaving his full-time role.

“He’s always welcome at New Road, and we wish him the very best of luck for the future.”

Grayer then went on to express her delight at progress following the investment made into ground facilities at New Road during the 2022 season amid a backdrop of game-wide ground-related difficulties. 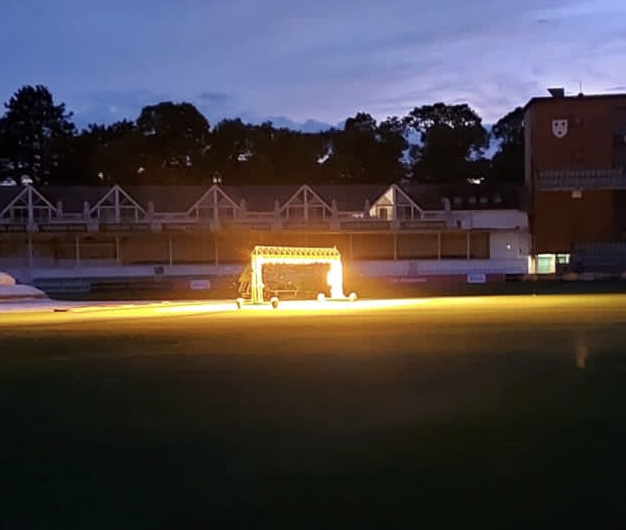 The Club has been working alongside an expert agronomist who advises at international level around the science of pitch preparation and is also mentoring and up-skilling members of Worcestershire’s ground staff team. In addition, over the last few months, ECB pitch advisors have been regularly utilised to support pitch preparation at New Road. Excellent pitch marks from umpires and match referees have been received across the season.

Heavy investment into machinery has taken place, including purchasing a new Verti-Drain, which will improve the grass root structure across the playing surfaces and a set of new UV glow lights to assist with the repair of used wickets and aid any potential flood recovery.

On top of the investment into the new machinery that has already arrived and is being regularly used, more new equipment is planned to follow soon to improve pitch performance further.

Over the past few months, Worcestershire has been working closely with the ECB on a game-wide playing facility strategy that aims to combat the pressures around all first class counties grounds departments.

The strategy is closely looking into issues around the increasing demand on playing, and practice facilities due to the increased amount of cricket played, as well as problems caused by climate change and the increased expectation of pitch performance from all cricket spectators.

In the initial phase of the ECB’s strategy, it’s also been highlighted that a lack of experienced ground staff is becoming a real issue across the game.

Helen Grayer added, “The Club has invested heavily in the ground and our grounds team over the winter and into this summer.

“We will continue to invest going forward, whilst ensuring that the work undertaken and the machinery used is as environmentally friendly as possible.