Ed Barnard says his first spell of captaining Worcestershire was “a great learning experience” which will stand him in good stead should another opportunity arise to lead the County.

The talented all-rounder was handed the responsibility of skippering the Rapids in all nine of their completed Vitality Blast matches during the 2020 campaign. 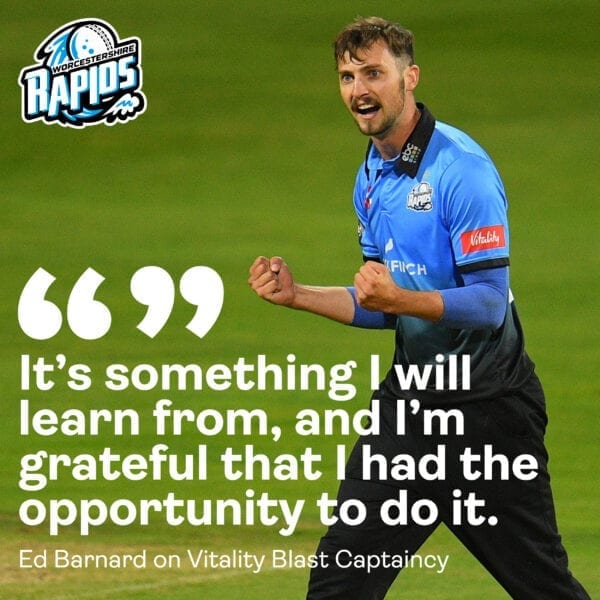 He took over the reins during the absence because of England commitments of Moeen Ali whose captaincy of the Rapids in leading them to successive Blast finals days has been greatly admired by Barnard.

Although results in the competition last summer were disappointing, Barnard relished the opportunity to be at the helm and learning about the challenges thrown up by the hectic demands of T20 cricket.

Barnard, who is 25 later this month, said: “It’s something I will learn from, and I’m grateful that I had the opportunity to do it.

“Results didn’t quite go as we would have liked, but I really enjoyed the challenge, that sort of responsibility of leading the lads, and the tactical side of it.

“In terms of experience, I think I learnt so much from it and, if I was to continue with it at some point, hopefully, we could do a little bit better.

“Whatever you go through, you’ve got to take what you can and learn from it, and this summer has helped me learn a lot, not only about my own game but how to lead a team and how to be a captain.

“I’ve done it bits and pieces before but never a full-blown thing like that. There are loads of things I can take from it, both positive and negative.”

The hurly-burly nature of Vitality Blast cricket, where fortunes can change in the space of one over, is a sharp contrast to the red ball game. 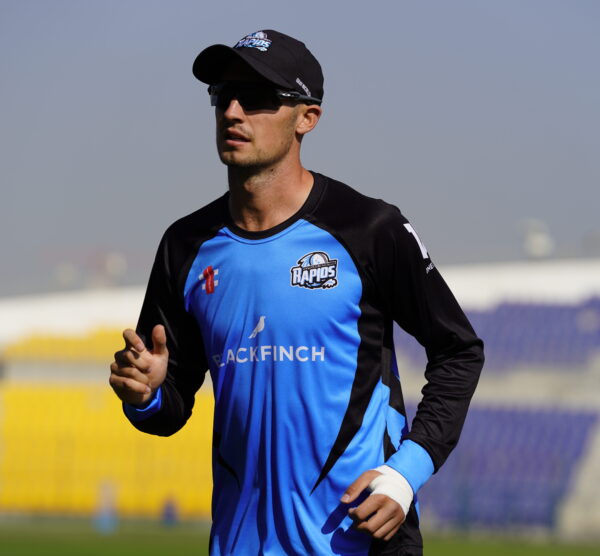 Barnard said: “It is a very different style of captaincy. The four-day stuff is a lot slower at times, but I think that has its own challenges and can be as challenging in some ways.

“But, with T20, you got to do a lot of thinking on your feet, and that’s one of the challenges I found, having to make those decisions quickly.

“You’ve got the time pressure of getting through your overs in a certain time. You go into it with an initial plan, but you’ve got to have a Plan B a Plan C, a Plan D a lot of the time because things change so quickly.

Moeen is amongst several captains that Barnard has admired during his development into a vital member of the Worcestershire side.

He said: “When growing up, it was probably Andrew Strauss. He did well with that England side he was in charge of.

“When I came into the Worcestershire side, Daryl captained a lot of my cricket and has always pretty much been there, and I always found him an excellent leader with a calm head. I enjoyed my relationship with him.

“Moeen Ali is the other huge one, the way he captained us in the Vitality Blast. Not only does he lead from the front with his skills and the way he goes about playing the game, but he is so calm and collective and never lets anything faze him.

“I think that is a massive thing to learn from and, for me, the last couple of years playing under him has been amazing.”

𝗠𝗔𝗧𝗖𝗛 𝗗𝗥𝗔𝗪𝗡 The players meet in the middle and shake hands on a draw. 14 points each as Jake Libby finishes a mara… https://t.co/GW1drDdwg7

💯 𝗙𝗢𝗥 𝗝𝗔𝗞𝗘 𝗟𝗜𝗕𝗕𝗬 JAKE LIBBY HAS HIS FIRST 100 OF THE SEASON 🙌 He picks up the single he needs to move onto three… https://t.co/GdhaumaeMC

Wicket | Azhar Ali lbw b Thomson 60 Azhar Ali's innings comes to an end, as he's struck on the pads by Thomson fro… https://t.co/LwV9EEYO1Z

The penultimate session of the match is underway, as Jake Libby and Azhar Ali make their way out after lunch. 📺 Ma… https://t.co/DknByN5rqe

𝗟𝗨𝗡𝗖𝗛 | 𝗗𝗔𝗬 𝗙𝗢𝗨𝗥 🥪 A very solid session for our batters, as Jake Libby brought up his half century, supported by A… https://t.co/MbCJsXvShp

1️⃣0️⃣0️⃣ 🆙 100 runs on the board as Azhar Ali tucks a single into the leg side. 💚 #WeAreWorcestershire | 🍐 #Pears https://t.co/yhRQEyDH0C