DARYL MITCHELL’ ONCE A PEAR…..’ BOOK AVAILABLE TO PURCHASE IN CLUB SHOP 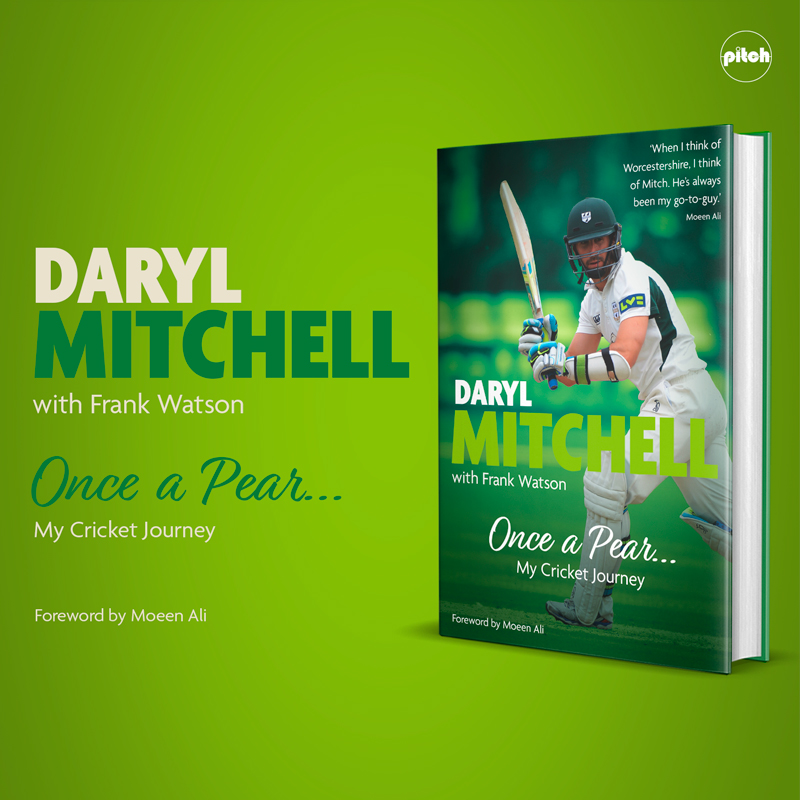 Former Worcestershire opening batter and club legend Daryl Mitchell’s autobiography ‘Once A Pear…..’ has been published and is available to purchase from the Club Shop And Café at New Road.

Mitchell, who spent 17 seasons as a first-teamer at New Road, has written the book in conjunction with BBC Hereford-Worcester cricket commentator Frank Watson.

It is Frank’s first book for 34 years since ‘Double Triumph’ – an account of Worcestershire’s double title success in 1988 when they won the County Championship and Sunday League.

The book is a must for any Worcestershire cricket fan but is more than just a year-by-year account of Daryl’s career.

Of course, highlights, and the occasional lows, from those 17 years are included.

But this well-researched book also gives a fascinating insight into the life of a professional cricketer and also Daryl’s outstanding work with the Professional Cricketers’ Association.

Frank Watson said: “It just occurred to me at the end of last season, during the last game against Leicestershire, that there might be a book in it.

“Over the last two or three days, a bit of emotion built up, and the club did a presentation for Daryl, and people started saying ‘what a great career’ and I thought there might be a story to tell.

“I was initially thinking ‘there won’t be many more people like Daryl’ not just at Worcestershire but in county cricket, the way the game is changing with franchise cricket, transfers and loans. There aren’t going to be many people who play an entire career wearing one badge.

“That was the motivation, really, so I approached Daryl and said, ‘do you think there is a book in it’, and he looked at me and said, ‘I don’t think so’, but I asked him to have a think about it, and the next day, he said I’d like to do it.”

“It is not a comedy book; it is not a thriller. My aim and Daryl’s aim was to tell people what life has been like in the last 15 or so for a ‘journeyman’ county cricketer.

“When I say ‘journeyman’, I don’t mean that rudely and Daryl has agreed that is what he is, a proper county cricketer.

“Clearly, the title, which I came up after a good month or two, ‘Once A Pear……’ – the unspoken bit is ‘Always A Pear’ – is about Daryl’s loyalty because he could have moved as the book tells, on several occasions, and more than a few counties were willing to offer him terms, and he chose to stay with Worcestershire.

“That loyalty and allegiance to the county of Worcestershire is what makes him a special figure for me.”