Worcestershire CCC honoured long-serving opening batsman Daryl Mitchell in a presentation ceremony held during lunch on the third day of the LV=Insurance County Championship fixture with Leicestershire at New Road.

Daryl is hanging up his spikes after 17 seasons as a first-team player at the end of this summer – six of them as captain.

They highlighted his red ball and white ball cricket achievements in a ceremony held in front of the Basil D’Oliveira Stand.

The 37-year-old was warmly applauded by members, spectators, players and officials after being handed the prints.

He will take up a full-time role as PCA Cricket Operations Director in October. 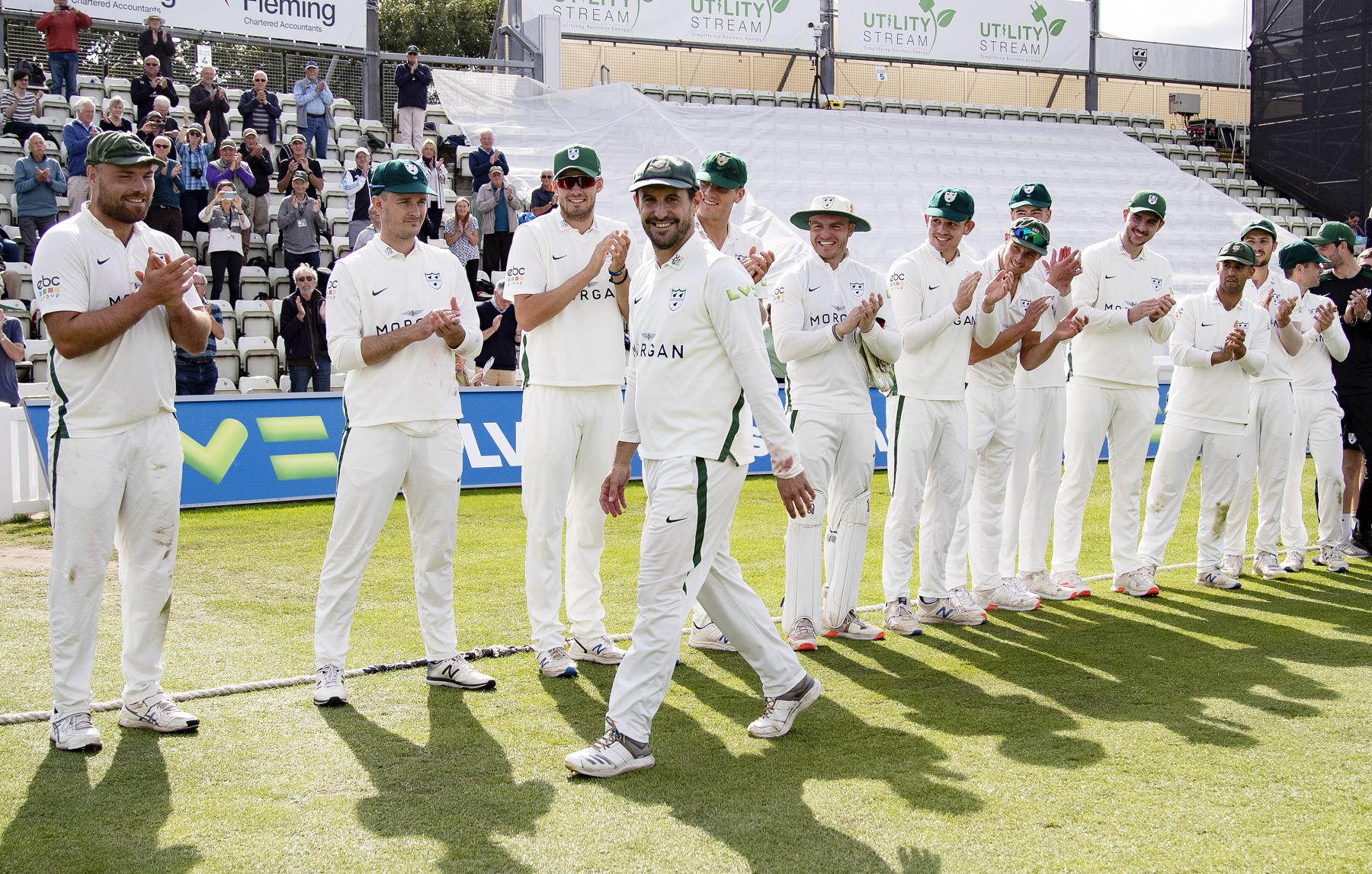