DARYL CLOSING IN ON A CENTURY OF A DIFFERENT KIND

Daryl Mitchell is used to chalking up centuries with the bat, but he could complete one of a different kind tomorrow when Worcestershire Rapids take on Leicestershire Foxes in the Vitality Blast at New Road (2.30pm start).

The all-rounder needs only two more wickets to reach the 100 mark in T20 cricket and become the first Rapids player to achieve the feat.

Mitchell is already Worcestershire’s leading wicket-taker in the tournament with 98 wickets after moving ahead of Jack Shantry last summer. 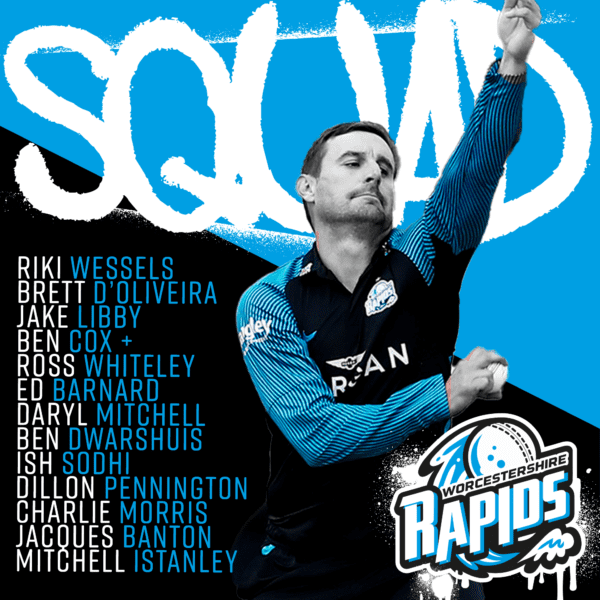 Now he has the opportunity to reach three figures after returning to the Rapids starting line-up in Friday’s excellent eight-wicket win over Durham at New Road.

Mitchell said: “First and foremost, helping the team to win will always be the priority, but it would be nice to reach the 100 wicket mark.

“I started my T20 career as a bowler who batted down the order and has gone full circle in having that role whenever I play T20 cricket now.

“We had a good win against Durham, and hoefully, we can build up momentum in the next few games.”

The Rapids have named a 13 strong squad.

A limited number of tickets are available by clicking here