Batsman Dell and paceman Finch took part in a T10 match, captaining their respective sides, and they wore total blackout and sim specs which give out pinhole vision.

The Worcestershire Elizabethans VI team raise the profile of blind cricket in the County and they are part of the Regional Development League of Blind Cricket England and Wales.

VI cricket is an inclusive form of cricket where the blind can play against sighted on a level playing field.

It was an experience that left a lasting impression on the Worcestershire pair.

Current England Under-19s player Finch said: “Being given the opportunity to take part in a game of Visually Impaired cricket was an amazing and challenging experience that I will not forget.

“The day filled me with admiration for the individuals playing the sport and their determination to do well and enjoy the game of cricket .

“Thank you again to Old Elizabethans for allowing us to take part in a brilliant day.”

Dell, who scored a half century on his Specsavers County Championship debut against Durham last week, said: “It was a real eye-opener and brilliant that people of all varying levels of vision can play the game through VI cricket.

“We tried on the different specs, including the ones that give out tunnel vision, and others, and some of those taking part were very good.

“A couple of them were smashing the ball everywhere but the great thing is anyone can take part in this game incorporating people of all abilities.”

Antolin, a Droitwich based Company, part of Grupo Antolin, one of the largest players in the car interiors market internationally, sponsored the day and played against Worcestershire Elizabethans VI team in a T20 match.

Worcestershire Elizabethans won convincingly in a match that was played in the true spirit of cricket.

After the match Antolin presented Worcestershire Elizabethans with a cheque for £2,000 to help with the costs of transport for away league matches.

Any one or blind or visually impaired are more than welcome to come to training sessions on Wednesday evenings at Old Elizabethans CC, from 6.30pm-8.00pm

The youngest player taking part is 14 and the oldest 92!

No previous cricket experience is necessary. The team is always looking for cricketers who can help to develop their skills and techniques at training sessions, and teams wishing to play against them.

Here are some of the comments from players who have taken part in VI cricket:

• Being able to take part in blind cricket has enabled me to be part of a team without having to be the disadvantaged player. It has also given me the opportunity to make new friends and develop my own personal skills.

• Blind cricket is the first chance I have had in my adult life to play any kind of team sport. As well as the obvious benefits of being outside, getting fit and improving my physical co-ordination and balance, blind cricket has offered me the opportunity to develop my communication, leadership and mentoring skills with a diverse mix of blind players from across the county. I have also enjoyed the honour of demonstrating blind cricket in front of a full house at New Road. Thanks to blind cricket, I have also enjoyed a number of public speaking engagements and been lucky enough to meet my cricketing heroes.

• Being part of the VI cricket team has given me the opportunity to take part in some team sport, which otherwise I would not have the opportunity to do. I’m not the most sporty person and certainly not the best in the team, but VI cricket gives me the possibility of giving it a go and hopefully I am improving. Team sports are known to have benefits, both in terms of physical exercise and social interaction and this is, I feel, particularly true for cricket. Playing a bit also gives added interest and understanding when, for example, listening to Test Match Special when professionals are playing

• VI section Bowler of the Year – he said I have really enjoyed playing with you all and feel very accepted to Elizabethans as I usually find it hard to gel with players. Hope to make all games in 2019

• I have been playing visually impaired cricket for over 30 years and have played at all domestic levels. I am now 53 and still enjoy the on-field competition as well as the social aspect. I have played in several cup finals and in a demonstration match at Lords during a lunch interval in an Ashes game. I really enjoy batting with a few 50s to my name and I do like to throw my body around in the field, however getting up is more difficult these days. Visually impaired cricket is a great sport and there’s very few things better than a game of cricket on a hot summer’s afternoon.

• Blind cricket has taught me that I can play sports that I thought I couldn’t play when I went blind.

• I believe life is for living and just because I have a sight condition, it doesn’t mean to say I have to stop doing things, in fact I thrive on challenges. 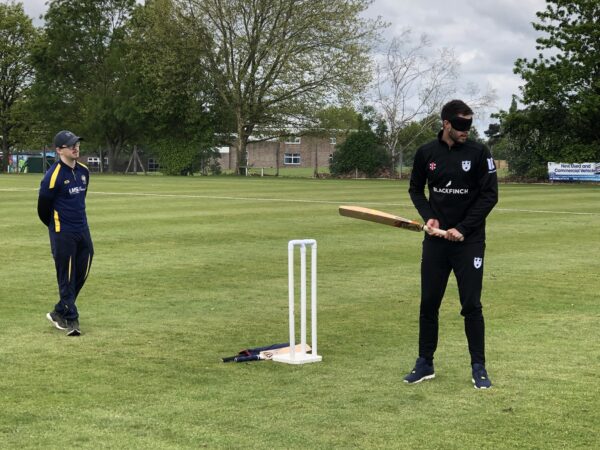 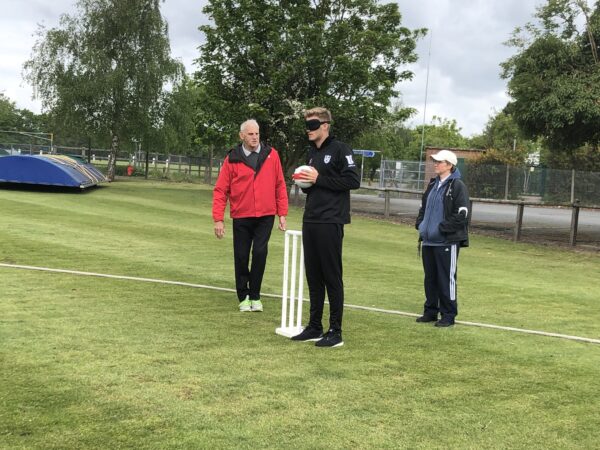