Worcestershire CCC’s fixtures for the Division Stage of the LV= Insurance County Championship have been finalised. They will start and finish the campaign with home fixtures against Sussex and Leicestershire at New Road, while in between will be successive away trips to Kent at Canterbury and Middlesex at Lord’s.

The month-long title-deciding phase of the LV= Insurance County Championship begins on Monday 30 August, with the quartet of additional matches to be staged to confirm the champions across three divisions. 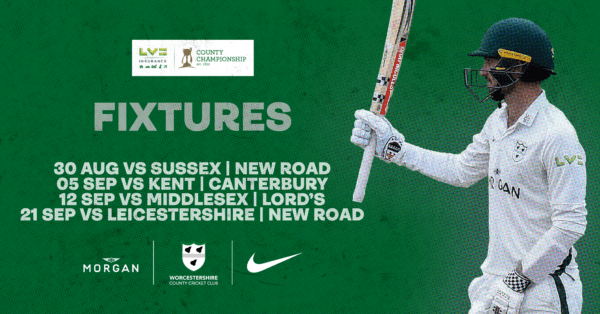 Worcestershire will carry over 18.5 points from the group stage – 5.5 more than second-placed Middlesex.

Club Captain Joe Leach said: “We were disappointed with where we finished after the group stages although I felt we played a lot of good cricket.

“The aim will be to finish the season as strongly as possible and to win our division.

“We want to put on a good show for our supporters who we are delighted to see back at New Road in considerable numbers.

“It will also be a great experience for many of our lads to play at the Home of Cricket for the first time.

“We will start in top position because of the points accrued against Derbyshire, and we want to stay there.”

The LV= Insurance County Championship format was remodelled for this season to incorporate two phases following a vote of the first-class county chairs in October 2020 to help mitigate against the impact of Covid-19.

After ten Group Stage fixtures, the 18 first-class counties have progressed to three divisions based on points accrued. 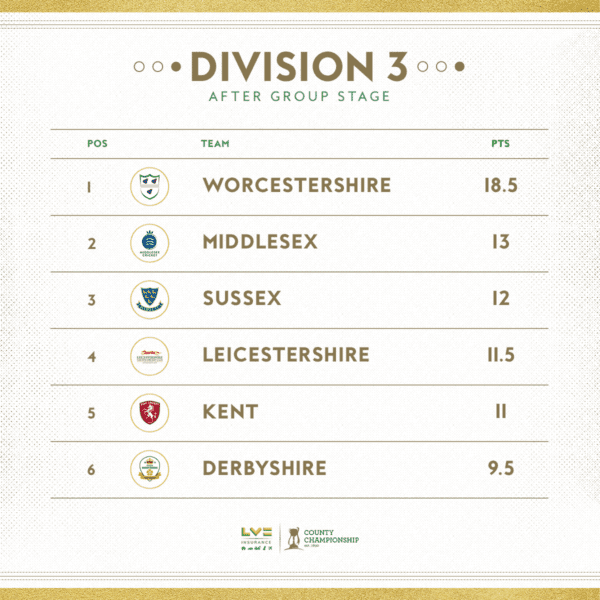