The duo played a major role in Worcestershire securing the first trophy of the second ‘golden’ era in the club’s distinguished history under captain Phil Neale after several near misses.

Botham arrived at New Road in 1987 as a legendary figure of England cricket after his big-hitting and bowling exploits – including the 1981 Ashes series, and victory Down Under against Australia the previous winter.

The all-rounder scored 578 runs in 11 innings in the Sunday League that summer, and also picked up 19 wickets at just 15.52 runs each.

But Curtis’ role in that 40 over title triumph was equally crucial.

He and Botham brought the campaign to a magnificent climax with opening stands of 104 against Glamorgan, 119 against Yorkshire), 130 against Surrey, and then 108 against Northamptonshire as the title was sealed in front of a packed New Road.

It was the start of a run of seven trophies in five years and Curtis would go onto share in 33 century partnerships in Sunday League cricket – a record held jointly with Graham Gooch – when he retired after a superb career.

Curtis said: “Securing that first trophy with that side was very important because we’d had a couple of semi-finals in 1985 and 1986. We were slowly getting there but there is always that sense until you’ve actually done it, of having that ultimate belief. 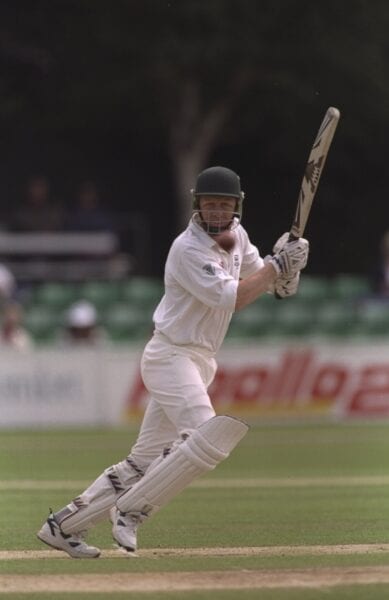 “You could look in the same way at the young side Worcestershire had, and still currently have, so winning the Vitality Blast in 2018 was massive because, for all the promise you can have, you can have that promise and it can come to nothing if you are not careful. It was wonderful to achieve that.

“With me in 1987, I very much had the sense, with ‘Both’ [Ian Botham] having arrived, he knew he was joining a side that had the potential to do well and he recognised that tournament where, if he really focused on that, then he could just give us that little nudge that would help us to win it.

“I think he had got a real focus in that Sunday League because he knew we had a good chance of winning something. He had just arrived at the club, he’s a winner and he wanted to be part of a winning team and to be seen as influential within that.”

Curtis, a former Club Vice-Chairman who was also part of the Cricket Steering Group, believes Botham’s contribution to the Worcestershire cause and helping him should not be under-estimated.

He said: “There is infectious confidence about someone like that. I was trying to rationalise what his impact on the dressing room was and, through his personality, he taught us not to be afraid of losing. That might sound a rather negative thing but, once you lose that fear of losing, you can be much more positive in terms of what you are doing.

“Collectively and possibly individually, he helped me but the key thing is I was always someone who played much better within a partnership. If we were losing wickets, I would worry and go into my shell but because we were frequently in a partnership situation, that would free me up to play more freely.”

It was in the second of those four consecutive century stands with Botham, against Yorkshire, that Curtis achieved what for him was a rarity – hitting a SIX!

“I got a lot of stick from the lads for doing that after having got the record number of runs without a six.”