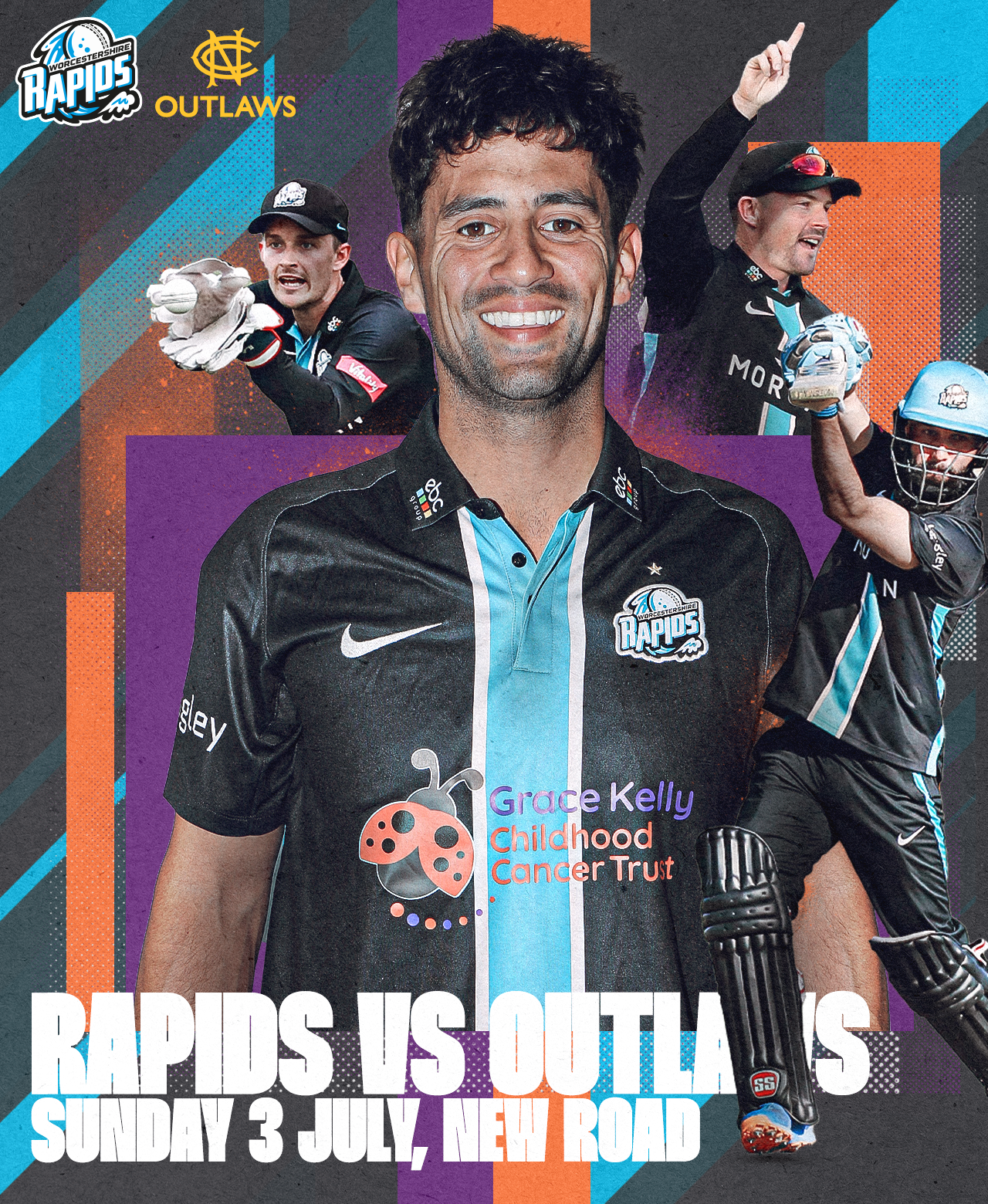 Brett D’Oliveira is looking for the “same again” from Worcestershire Rapids as they strive to end their Vitality Blast campaign on a winning note against Notts Outlaws at New Road on Sunday (2.30pm start).

He hit a top score of 33, returned career-best T20 bowling figures of 4-20 and fielded superbly.

After a challenging campaign in the short format, the victory provided a massive boost for players and supporters alike, and now the Rapids are aiming to bow out in style.

D’Oliveira said: “It will be nice to finish with a win, and that will be our goal. Notts are obviously a fabulous team as well, so we’ve got to turn up and perform again.

“That win over Lancashire will give us some confidence in the group and, also around the ground, a bit of relief probably.

“We all want to win games of cricket, but unfortunately, it hasn’t gone the way we planned this year.

“But when there is a buzz around the ground like after Friday, it feels great.

“I’m probably a bit biased because there is no other Club like it, and it’s great to see the fans supporting everyone.

“They’ve stuck with us through thick and thin this year, and I can’t thank everyone enough.”

The Rapids triumphed against the Lightning as they lost ten wickets for 64 runs after reaching 85-0 in the ninth over.

D’Oliveira said: “At the start of the competition, we played some really good cricket but didn’t quite get over the line and then, from there, we probably lost a bit of confidence.

“That can happen, but it was great to get a win on Friday.

“What do you put it down to? Confidence I think. We sat down and had a good chat the other day, and the guys just went out there and just executed the plan, and that just gives us confidence.

“Those two things go hand in hand, and I don’t think we’ve done that throughout the tournament.

“More measured batting in the powerplay? I think so. To be brutally honest, I think we’ve gone out too gung-ho and too hard, too early, and games have got away from us pretty quickly.

“We’ve ended up behind the eight-ball trying to claw it back the whole way through.

“Against Lancashire, we laid the platform. I thought Jake Libby, Colin Munro and Moeen Ali all played really well. Kashif Ali was brilliant, and even Gareth Roderick towards the end, with getting that six to take us up to a good total.

“You always want 10-15 more, but I thought if we bowled well, that total was definitely in play.

“I thought Mitchell (Stanley) and Dillon (Pennington) bowled really, really well at the top of the innings.

“It’s always tough bowling one over in the powerplay, let alone two or three. Dropping Jos (Buttler) was costly, but thankfully we managed to get him out.”

Regarding his career-best bowling, D’Oliveira said: “Alan Richardson (Bowling Coach) was quick to tell me that. He wants a drink off me pretty quickly!

“But seriously chuffed to put in a performance and to get a win. The pitch held a bit, and the odd one bounced a bit. But it was more down to scoreboard pressure.

“That ball that got Jos (Buttler) out probably wasn’t the prettiest of balls. I don’t think IPL teams will be queuing up to watch that video!

“But obviously, it was nice to get that wicket and put on the pressure with some good bowling the other end.”