Cox, who had one year remaining of his current deal, has committed his future at New Road until the end of the 2023 season.

The 29-year-old is optimistic he will be part of a squad challenging for honours after the “big strides” made in red-ball cricket last summer alongside recent white-ball success.

Cox, who made his debut for the Club in 2009, has also been awarded a Benefit Year in recognition of his lengthy and outstanding service as a Worcestershire CCC player.

He reached 500 dismissals in his career last summer – including 343 in first-class cricket. He has also scored 4764 first-class runs.

In white-ball cricket, Ben played a significant part in Worcestershire Rapids 2018 Vitality Blast triumph with man of the match performances in the semi-final and final at Edgbaston.

Worcestershire CCC Cricket Steering Group Chairman, Paul Pridgeon, said: “We are delighted Ben has agreed to extend his contract. He is one of ours, a local lad, who has been with us right the way through his career.

“He has got a great work ethic and has developed into one of the leading wicketkeepers in the country.

“For him to be part of our exciting plans as we advance for the next three years is great news.” 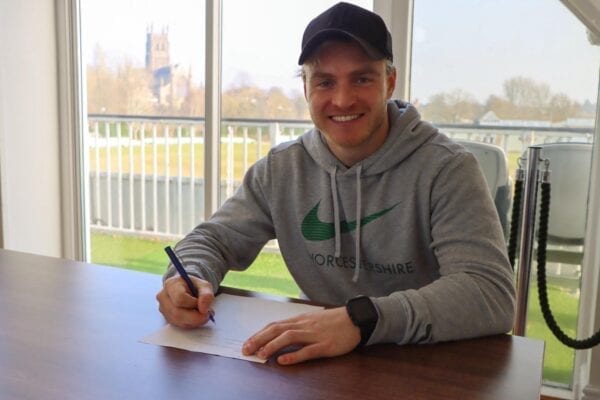 Cox said: “This Club means the world to me, being a Worcestershire boy, and it means a hell of a lot to commit for another three years to the Club.

“If you had asked me when I made my debut that you would have had a 15 year career, and the Club had offered you a Benefit Year, I would have snapped your hand off.

“I’m over the moon to get things sorted for another three years, and I will still have more to give at the end of this contract, which excites me in itself.

“Fitness is always something I hold a high regard too, so, as I get older, I don’t see that changing, and I just want to keep doing the best I can be every-time I go onto the field for Worcestershire.”

“We want to be a Club that competes and challenges for honours in all forms of cricket, and I do believe last year was a big step in the right direction.

“There are some excellent keepers in the country. If I can finish my career and people are saying ‘he was pretty good’, that is how I want to leave it.”

“It is pleasing that Ben will be with us until at least 2023. He is an impressive, popular player who has performed at a high level as a wicketkeeper since making his debut as a local schoolboy. He has ability, ambition, desire and potential to improve further.

“I’m delighted he has reflected on and accepted our contract extension. Members will be able to support him in his richly deserved Benefit Year during his contract. We wish him well. “