The table-topping Rapids have bowled with such accuracy, control and discipline that they have conceded only two wides in their opening trio of matches.

It is a superb effort given the different varieties of delivery that form part of the armoury in T20 cricket.

They also did not give away a single extra in a full innings for only the second time in 18 seasons of Blast cricket against Lancashire Lightning on Sunday, and, in a closely fought contest, such margins can prove key. 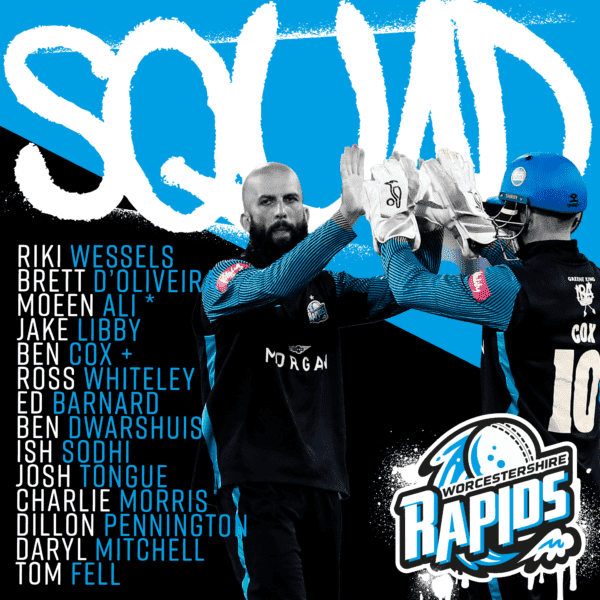 Now the Rapids will hope to continue along the same lines in tonight’s home Blast meeting with Yorkshire Vikings (5.30pm start).

Gidman said: “The lads have bowled really well. They have executed their own simple skills really effectively during these last two games.

“They have been very disciplined and very accurate and have been getting the rewards.

“We try and minimise things like extras as much as possible and obviously they were outstanding the other day with that and also in the first two games there weren’t many conceded.

“Little parts of the game that they are doing really well with are making the big difference.”

The Rapids have collected five points from their opening three matches.

“We know how talented the group are but when that talent and the simplicity (executing skills) come together then they are very effective.

“It is great to start the competition well. You want to try and get a couple of wins under your belt and get that confidence and rhythm of playing which so far we have settled into quite nicely.”

Moeen Ali is straight into international action as England take on India in a T20 World Cup warm-up 🏴󠁧󠁢󠁥󠁮󠁧󠁿… https://t.co/z8lTskiP4r

Moeen Ali with an excellent cameo in the IPL Final, hitting 37* off just 20 balls as Chennai Super Kings set a scor… https://t.co/5vOnV6u7Nq

𝗗𝗜𝗟𝗟𝗢𝗡 𝗣𝗘𝗡𝗡𝗜𝗡𝗚𝗧𝗢𝗡 🤝 𝟮𝟬𝟮𝟯 Dillon Pennington has put pen to paper on a new deal at New Road until 2023 following an… https://t.co/vz75uhv95L

♻️ 𝗙𝗥𝗘𝗘 𝗘𝗖𝗢 𝗕𝗔𝗚 Customers of our Club Shop will receive a free, reusable, Worcestershire CCC Eco Bag with every or… https://t.co/XiEqHblChh